With 98 votes in favour and zero against, the parliament of Georgia has approved of the new cabinet under Giorgi Gakharia’s premiership.

The new PM said that 'security is the basis on which we should build on country’s development.'

The most important component of our security  is Georgia’s foreign policy, the country’s pro-Western orientation, and European and Euro-Atlantic integration…The United States is our main strategic partner and there are no limitations in our cooperation," Gakharia said.

He stated that in the situation when 20 per cent of Georgia is occupied by Russia "we should be clever and rational in our policy against our enemy," for the national interests of the country and particularly the people living across the occupation line.

We should fully utilise the potential of all existing formats against Russia."

Speaking about economy Gakharia said that the government should ensure "an effective communication" with business which will help strengthen the economy and create jobs.

We should compare ourselves with what we have been before and where we stood yesterday. The goal should be a better future.” 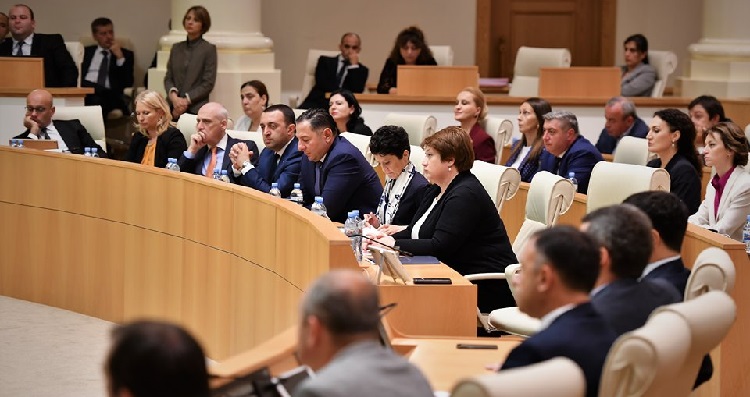 The new government was approved amid protest rally outside the parliament, with young anti-occupation activists protesting Gakharia's premiership, due to June 20 rally dispersal.