If the parliament approves the new cabinet former PM Irakli Garibashvili will take the post of defence minister, while current minister Levan Izoria will chair the National Security Council. 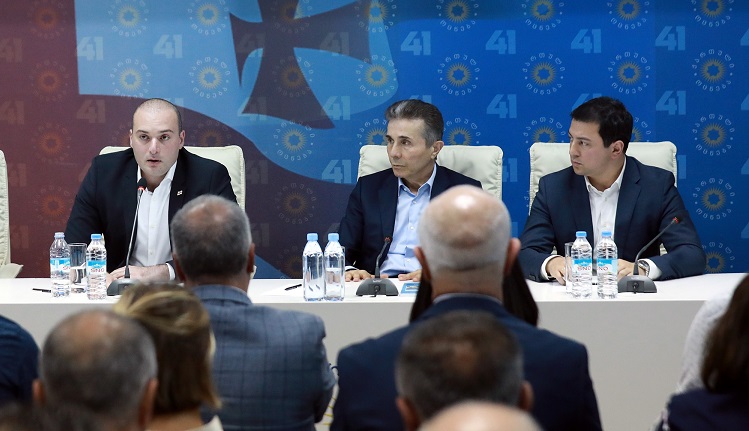 The current head of the State Security Service Vakhtang Gomelauri has been nominated to replace Gakharia as Interior Minister.

The candidates have been presented by the founder and head of the ruling party Bidzina Ivanishvili, who ‘praised Gakharia for his deeds’ as business ombudsman, minister of economy and interior minister.

I presented Gakharia as a candidate for the premiership and received full support both from the political council of the Georgian Dream and the parliamentary majority. I think that parliament will approve Gakharia,” Ivanishvili said.

Gakharia thanked Ivanishvili “for the huge trust,” and said that he will present the cabinet and the government plan for MPs in parliament later today.

It is a big responsibility. I want to thank Ivanishvili for the trust and my predecessor for his achievements,” Gakharia said. 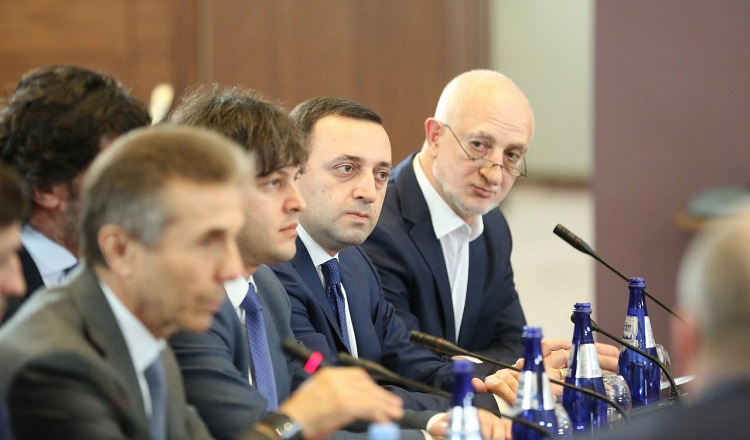 Garibashvili returned to politics earlier this year, shortly after the return of Ivanishvili as the party chair. Photo: Georgian Dream press office.

A number of demonstrators who have been protesting the dispersal of a rally held on June 20-21 gathered in front of the Georgian Dream’s headquarters, stating Gakharia’s appointment to the position “is unacceptable, and it offends the Georgian people.”

At least 76 votes in the 150-member parliament are required to approve the new PM and the cabinet.