The protesters are leaving the demonstration in front of the parliament of Georgia in central Tbilisi as the law enforcers have used tear gas and rubber bullets. The number of injured is not officially announced yet, but Georgian media reports a dozen of people have been damaged. 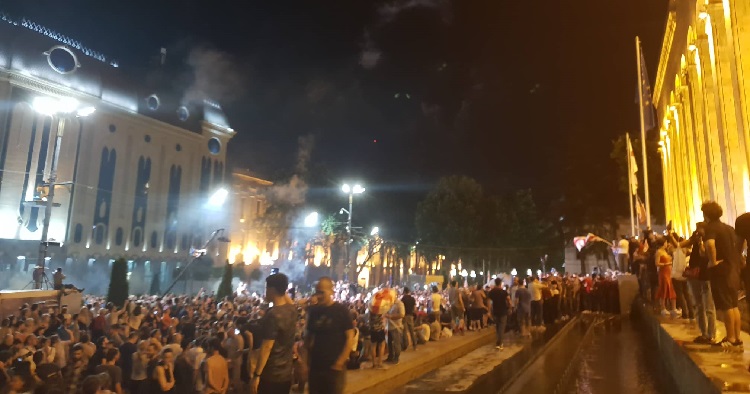 Earlier Prime Minister Mamuka Bakhtadze said over June 20’s developments in front of the Georgian parliament that “what we have seen today is absolutely unacceptable”.

The demonstrators and law enforcers clashed in central Tbilisi as the protesters were trying to break the police cordon and enter the building of the Georgian parliament. 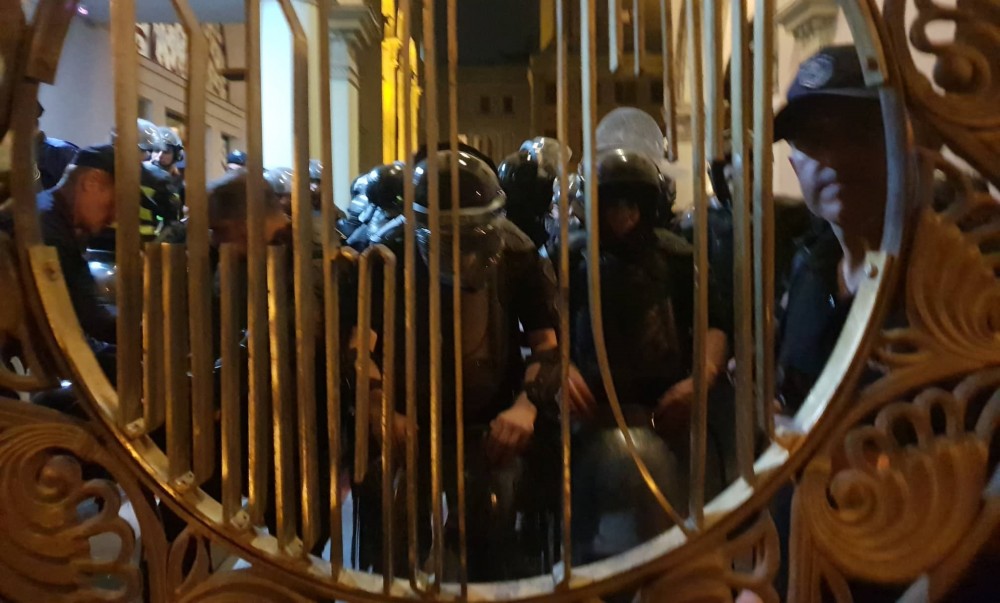 PM Bakhtadze repeated his earlier remarks and condemned the Russian delegation’s participation in the Interparliamentary Assembly on Orthodoxy that was set to be held in parliament of Georgia.

Everyone will take their own part of responsibility. But today the situation is different. Today there is an attempt to take Georgia out of the orbit of sustainable development. No one can do that. This is in the interests of the Georgian statehood and we will not let it happen”, he said.

Mamuka Bakhtadze further underscored that what had happened in the parliament in the morning of June 20 is unacceptable for everyone and has caused a sincere protest but he also underscored that the United National Movement is using the situation for its own “political interests”.