Starting from today Tbilisi rallies will be focused on communication, changing the public’s views, and discussions, organisers say.

We will gather in front of the parliament building, read poems, discuss various issues, show films, discuss the films, etc.,” one of the organisers of the protests, Shota Digmelashvili said.

He stated that there will be a board  placed in front of the parliament building in Tbilisi, where organisres will write about planned, large-scaled events, like marches. 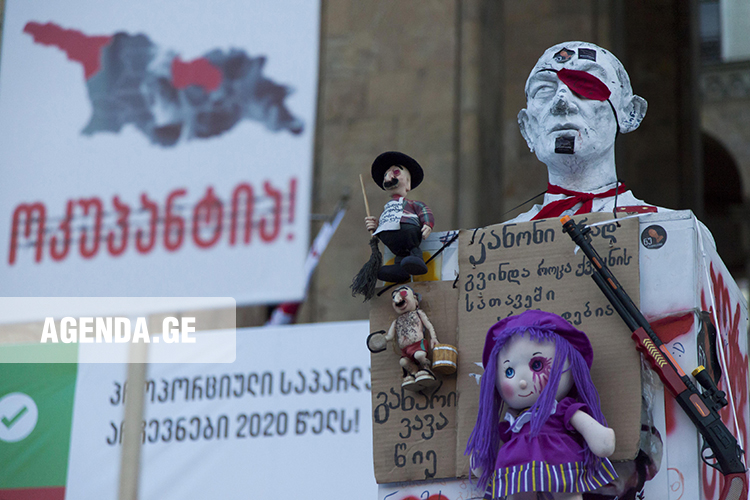 For instance, a concert will be held in front of the parliament building tomorrow and a march will take place on July 6,” he said.

The organisers also said that small groups will appear at the sites where Interior Minister Giorgi Gakharia comes, and demand his resignation for the rally dispersal on June 20.

Experts say that the rallies are coming to their end, adding that the demonstrations “have done their job.” 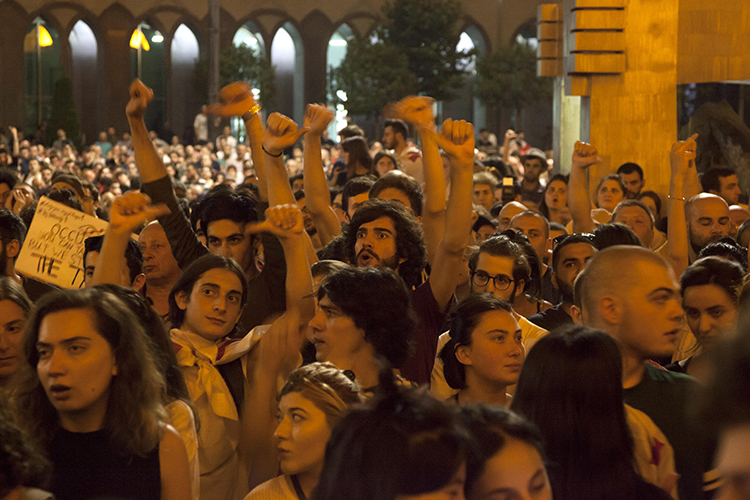 June 21, the day after the rally dispersal. Photo: Nino Alavidze/Agenda.ge.

The rally following the developments in parliament on June 20 was dispersed by police after demonstrators decided to storm the parliament building, leaving 305 detained and 240 injured.

The Georgian Dream ruling party says that a “justified and peaceful” protest of people was transformed into violence due to the “provocative and destructive” actions by opposition members.

A member of the UNM Nika Melia has been charged with incitement to violence during the rally.

The Georgian Dream government has fulfilled two of the three demands of the demonstrators. The only unfulfilled demand is the resignation of Gakharia.

Following the developments Russia decided to ban direct flights to Georgia and said that the removal of the visa regime has also been postponed.