The protesters marched from the First Republic Square to the Freedom Square in sign of peaceful protest before they would resume the demonstration in front ot the parliament of Georgia.

June 29 rallies featured more participation of political leaders of the opposition and public figures, together with common citizens and youth. People arrived from regions to join the peaceful protest as well.

The organisers condemn the recent statements of Interior Minister Gakharia that the police used legitimate force against protesters on Rustaveli Avenue on the night of June 20 and claim they will not stop until their last demand in fulfilled.

Although Minister Gakharia explained in his recent televised interview that the rubber bullets that were used on June 20 are in line with international standards and none of them were illegal to use at similar demonstrations, the protesters claim the police used unjustified force and targeted people with bullets used to hunt animals.

Size of the crowd 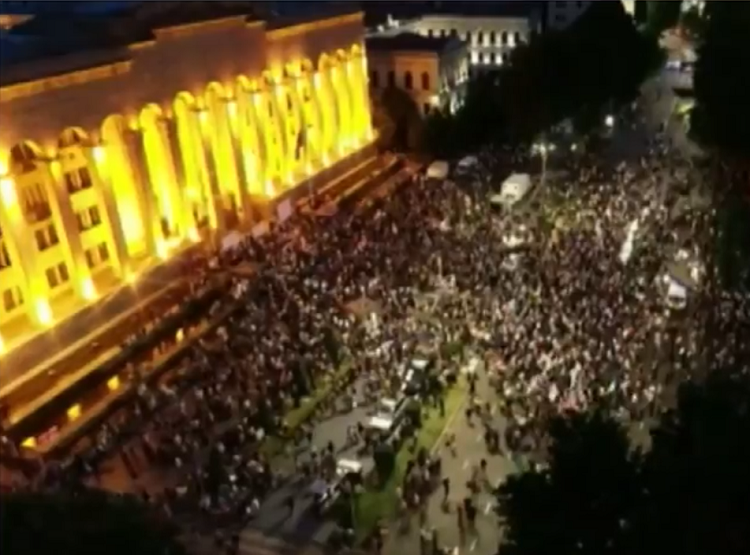 Also we use aerial footage by Georgian Public Broadcaster.

A loose crowd, where each person is an arm's length from the body of his/her nearest neighbour, needed 0.9 m² per person. A more tightly packed crowd would fill 0.4 m² per person.

The area where the gathering took place measures 6 880 m². In Agenda.ge pictures you can clearly see the density of the crowd, which varies in different parts of the part of the Rustaveli Avenue in front of the building of The Georgian Parliament. 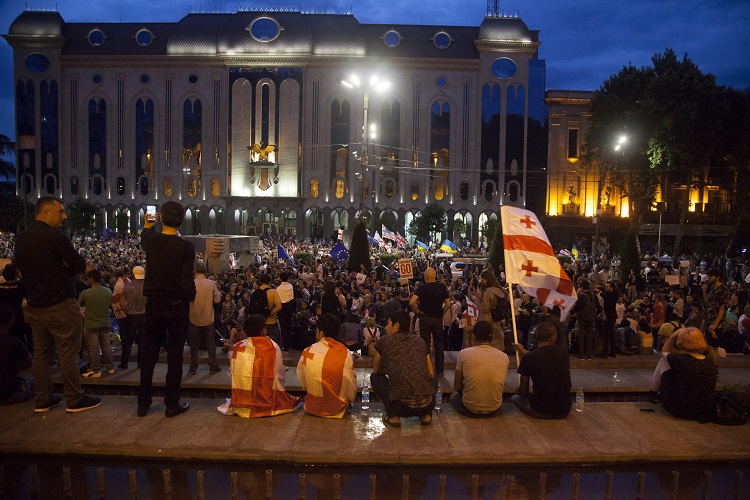 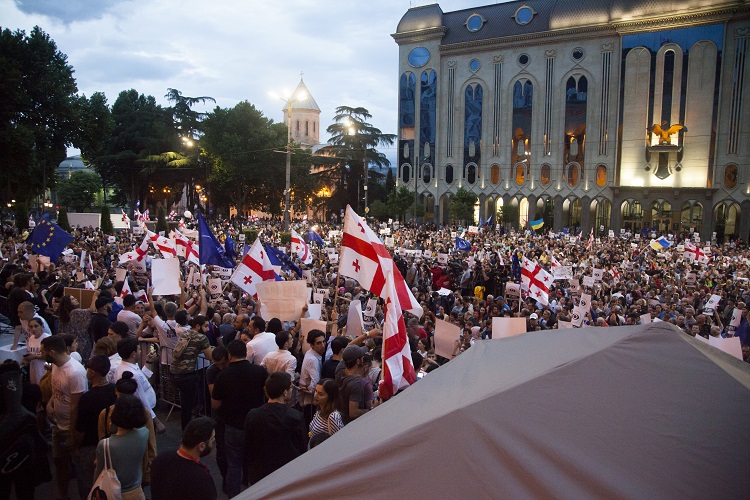 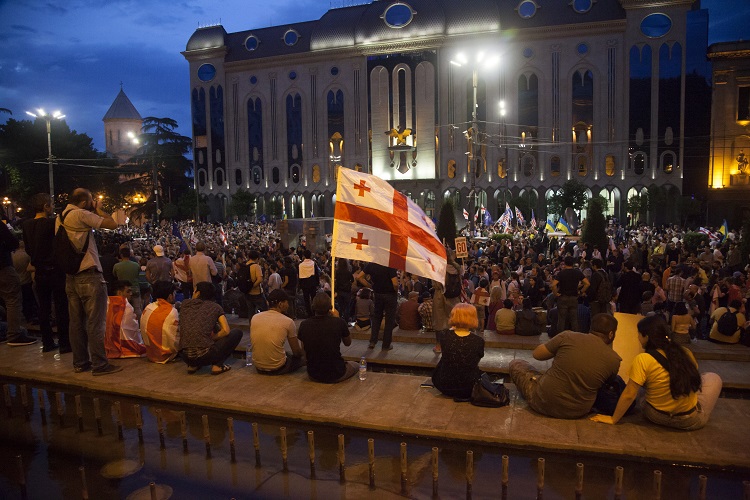 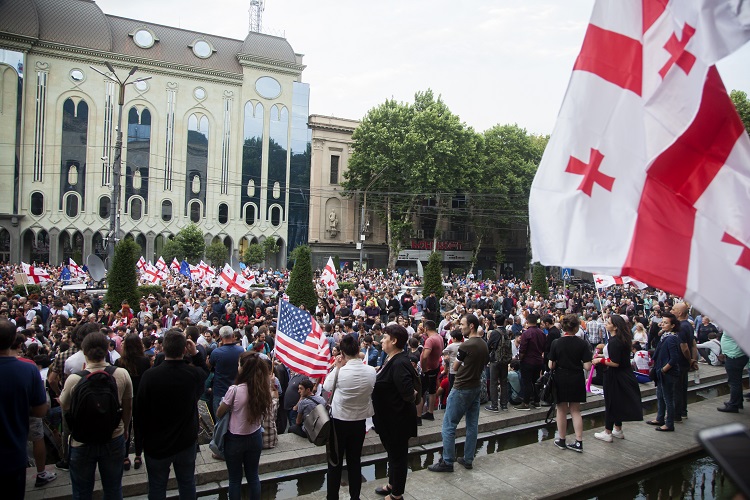 Through our calculations, we believe that the number of demonstrators at this place is in the middle of two figures:

Protests in Tbilisi continue as their last demand remain unfulfilled – the resignation of Interior Minister Gakharia [for the dispersal of the rally].