The candidate for economy minister Natia Turnava said Georgia has long had the need of a deep sea port and that the country’s government spares no efforts to implement the Anaklia project.

Calling Anaklia Deep Sea Port “a strategic project” Turnava said her ministry has been waiting for investors to get involved in its implementation for quite a long.

In her address to parliament she also noted that Georgia is developing as "a regional transport hub".

Works will continue on the Trans-Euroepan Transport Network (TEN-T) as well as on integration of the country’s transport systems in the network”, Turnava said,.

She further underscored that TEN-T is exactly the project that is bringing Georgia closer to Europe.

Turnava spoke of the economic outcomes of Tbilisi protests as well, which were triggered by Russian MPs visit to Tbilisi in late June.

She said that “an anti-crisis tourism plan” has been immediately launched to counter the negative effect of the Russia flight ban and to assure the rest of the international community that Georgia is still “a peaceful tourist market”.

Without the developments of June 20-21, our economic growth would also have been higher and more tangible, which has been proved by the statistics”, she stated. 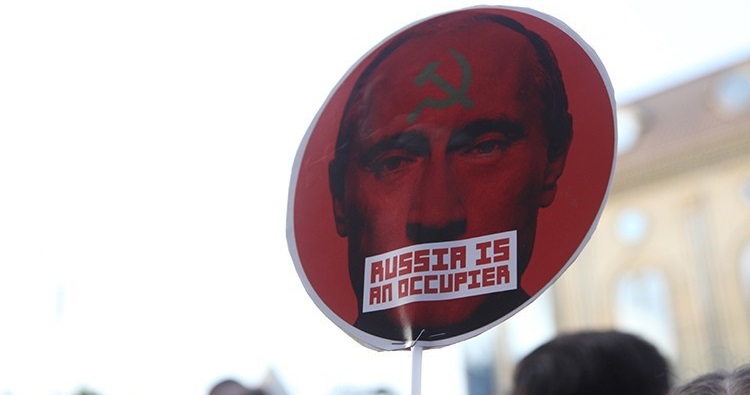 Anti-occupation demonstrations started in front of the parliament of Georgia on June 20 in protest of the Russian MPs visit on an international event on orthodoxy hosted by Tbilisi. Photo: Nino Alavidze/Agenda.ge

Stressing that tourism has been one of the most important sectors of economy in the last six years, Natia Turnava said in 2018 tourism revenues have been record high, reaching $3.2 billion, which is almost 20 percent increase compared to the previous year.

However, she noted that "the developments of June 20-21, which have been inspired by revanchist, irresponsible political forces", have radically changed the situation. She said this first of all has affected the "increasing trend of tourism" so that already in July Georgia had lost almost $60 million.

In her speech Natia Turnava said her ministry aims to support development of new technologies, innovations and start-ups, as well as encourage local production and improve the country’s export potential.

She said Georgia is “building a free market economy, which is based on private initiative, private business domination and respect to its freedom”.

Turnava will again take the post of the economy minister if parliament approves the renewed cabinet of prime ministerial candidate Giorgi Gakharia, following the resignation of Mamuka Bakhtadze earlier this week.