Kobulia spoke of the project during the recent talk-show at TV Pirveli.

He said the Government of Georgia has made a mistake to include Anaklia in the state constitution, thereby giving this project such a huge value.

Kobulia considers that it would be better if the government would have taken the responsibility on its implementation all by itself, rather then relying on a consortium.

It is very difficult for a private consortium to fulfil and receive financing for such a project” Kobulia stated.

He said the issue became problematic after the investors started to calculate the “commercial profitability” of the Anaklia project.

Based on the state constitution, “an exclusive economic zone shall be established in Anaklia” where a special legal regime shall apply. 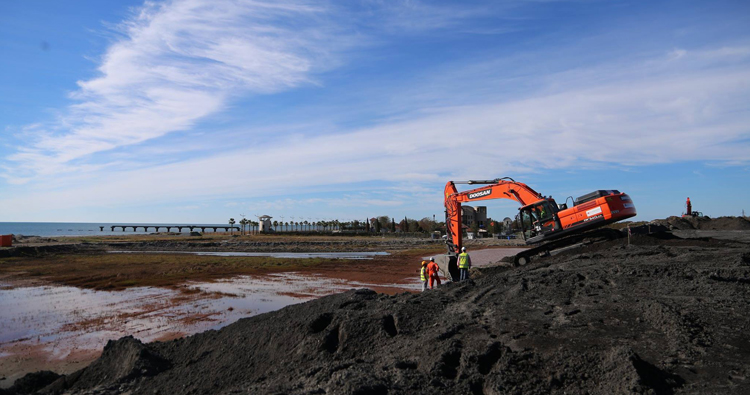 The Georgian Ministry of Infrastructure has announced the government will allow the Anaklia Development Consortium to try to come up with the needed capital for the project by the end of the year. Photo: Anaklia Port

Construction of Anaklia Deep Sea Port kicked off in 2017, with the opening of the port and the receiving of ships in Anaklia planned for 2021.

The latest timeline presented by the consortium says that the construction of the port will be completed in June of 2022 instead of 2020.

Despite support from the government, the project has so far failed to obtain the needed $400 million in loans from international financial institutions and to put forward its own capital of $120 million.