A cutter suction dredger ship, the Athena, has arrived in Anaklia to help in the implementation of the works being carried out.

The ship will dredge the port bed, and will bring up some five million cubic meters of mud out of the sea. The dredging works will be carried out by the Dutch contracting company Van Oord which is specialised in dredging and land reclamation. 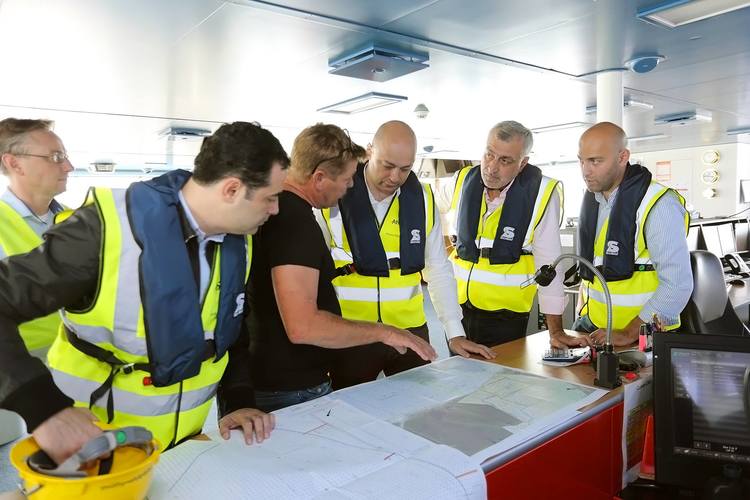 Minister of Economy, Giorgi Kobulia has visited the port and the Athena ship with the Chairman of ADC on September 16.

“The Anaklia Deep Sea Port will address two important challenges for Georgia’s economic growth – it will ensure the best use of the country’s geographic location and transform it into a logistic hub,” Minister of Economy and Sustainable Development Giorgi Kobulia said while visiting Anaklia and the territory of the future port yesterday.

He visited the port and the Athena ship with the Chairman of the Anaklia Development Consortium (ADC), which has been given a 52-year concession for the exploitation of the Anaklia port by the Georgian government.

“The port of Anaklia is a very important project to us which will play an important role in the growth of the country’s competitiveness as several freights and cargo shipments from competitor routes will be redirected to Anaklia,” Kobulia added.

Anaklia Deep Sea Port is planned to be opened in 2020. It will be designed over the course of nine phases. The total investment volume of the project is expected to reach 2.5 billion USD. The Georgian government has allocated 330 hectares of land and 225 hectares of marine territory for the Anaklia Port in Western Georgia.

The project is based on a public-private partnership model, and the Government of Georgia will contribute to the development of the project with new road and rail connectivity to the port, while the port itself has to be built and operated by the investor according to the investment agreement signed between the ADC and the Georgian government.

After the pre-defined concession period is over the ADC will transfer the port back to the government.