Georgia is one step closer to creating a new, faster maritime corridor between China and Europe, helping to restore the historic Silk Road by building the Anaklia Deep Sea Port.

As the construction of Anaklia Deep Sea Port is now underway, Prime Minister Giorgi Kvirikashvili and other members of the Cabinet of Ministers joined the works today. 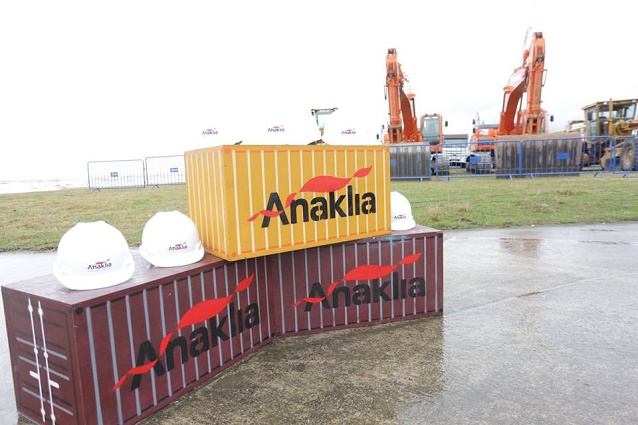 At the end of the final phase the Anaklia Deep Sea Port must be able to handle 100 million tonnes of cargo per year. Photo by Ministry of Economy's press office

Calling it Georgia’s largest project of the 21st century, Prime Minister Kvirikashvili said Anaklia Deep Sea Port will be the start of Georgia’s transformation from a transit country into a country of production, logistics and industrial development.

This is the place where Europe meets Asia… Georgia is being represented as a country of international cooperation, stability and peace. I want to once again congratulate you, the entirety of Georgia and all our friends, because this place today lays the foundation of a new Georgia”, Kvirikashvili said.

Anaklia Development Consortium will invest $2.5 billion and develop the port on a build, operate and transfer basis, allowing larger ships to enter Georgian waters for the first time, thus expanding the country’s export potential and ability to act as a transport corridor. 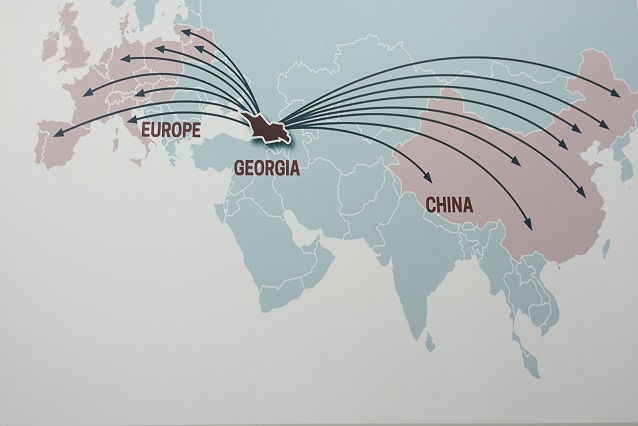 Anaklia Deep Sea Port is among the infrastructural projects that Georgia planned to implement to develop the Silk Road route. Photo by Agenda.ge.

The Anaklia Deep Sea Port development will be separated into nine phases. At the end of the final phase it must be able to handle 100 million tonnes of cargo per year.

Pre-construction works of Anaklia Deep Sea Port started in 2016, while the opening of the first phase of the port and receiving the ships in Anaklia is planned for 2021.