Speaking with Inga Grigolia, the anchor of Tbilisi-based TV Pirveli, Gakharia said the initial protest rally “was not peaceful”.

Minister Gakharia said the rally became “violent” from 10pm following “a systemic and organised” attack of [opposition] politicians on the parliament building.

Responding to the public demands for his resignation, Gakharia said if he resigned now, it would be “an escape” from responsibilities.

[The youth] have not yet fully acknowledged what it means to be an Interior Minister in a country like Georgia, where for the last 30 years the parliament has been stormed for several times and is still being attacked”, Minister Gakharia said.

Gakharia explained that it was only two and a half hours later when he gave order that police could use their “legitimate power” to protect the state “from institutional breakdown” and public confrontation. 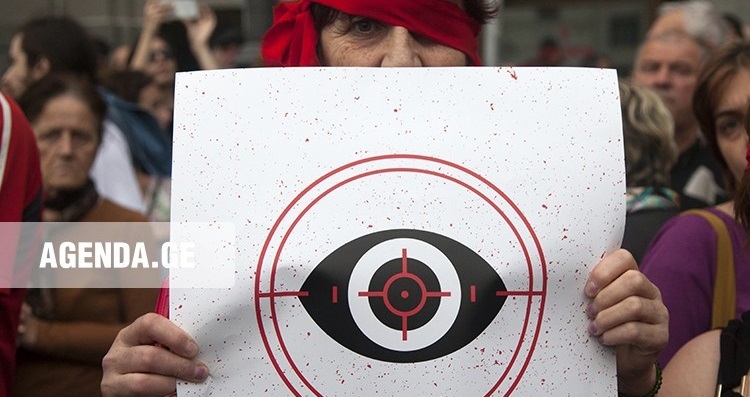 He also said that he gave the order to disperse the rally only after it became violent and that he acted according to the State Constitution and Georgian legislation and that the rubber bullets used for dispersal were not lethal.

It is the primary obligation of police and Interior Ministry to protect the institutions of this country, its laws and public order”, Gakharia stated.

The Interior Minister was giving his televised explanations amid a protest rally outside the office of TV Pirveli with some activists and supporters of Tbilisi protests again calling on him to resign.

Peaceful demonstrators, who had gathered for the 22nd consecutive day, watched Gakharia’s interview on a large screen in front of the parliament of Georgia.

Minister Gakharia said during the interview that “police is obliged to act, to protect the state, its interests and institutions in order to ensure that these youth live in a democratic, normal country, not in chaos.” 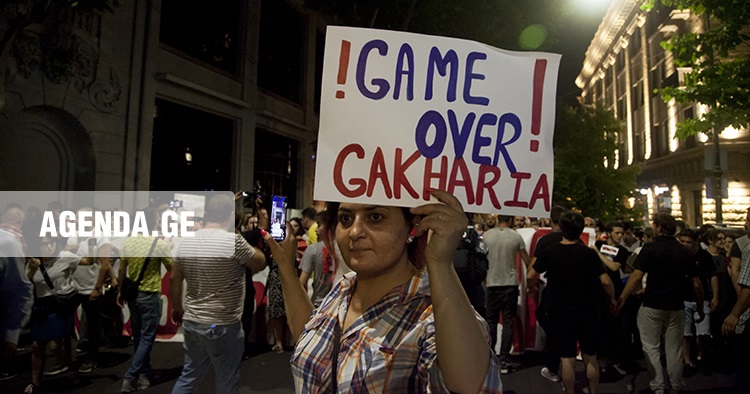 The rally following the developments in parliament on June 20 was dispersed by police after a part of the demonstrators decided to storm the parliament building, leaving 305 detained and 240 injured.

Protests in Tbilisi continue as one of three demands of demonstrators remain unfulfilled – the resignation of Interior Minister Giorgi Gakharia for the dispersal of the rally.