Eleven days are left until the October 2 municipal elections in Georgia when voters will elect 64 mayors and 2,068 members in 64 city councils.

The lead up to the elections has been marked by the ruling party’s withdrawal from the April 19 EU-mediated agreement, an attack on journalists by right-wing activists in July during Tbilisi Pride events, the recent leak of alleged personal files and continued vows of Georgia’s ex-president Mikheil Saakashvili that he will return.

The toughest fight is expected in the capital of Tbilisi, where incumbent mayor Kakha Kaladze from the GD, head of the United National Movement (UNM) opposition party Nika Melia and former PM under GD, Giorgi Gakharia are running. 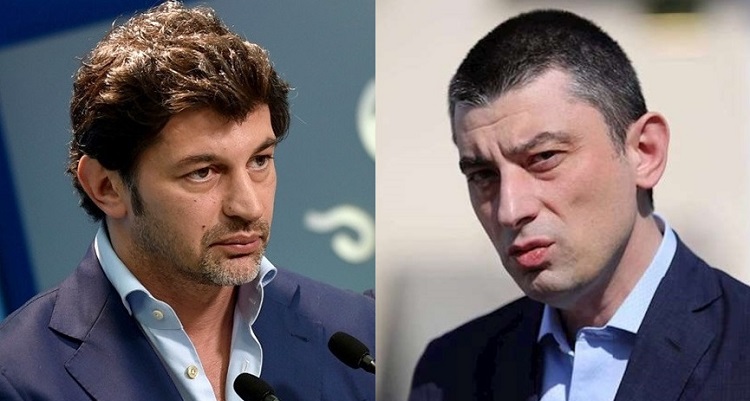 Opposition-commissioned polls claim that Kaladze (L) and former PM Gakharia (R) are both liked by 55 per cent of voters ahead of Tbilisi mayoral elections.

Referendum - to be or not to be

The April 2021 EU-mediated agreement, which resolved an almost six-month political standoff in Georgia, had obliged the GD to accept the holding of repeat parliamentary elections by 2022 if the party received less than 43 per cent of votes in the October 2 municipal elections.

However, the GD withdrew from the agreement at the end of July and stated that ‘no early elections will take place in the country.’

The UNM and other opposition parties claim that the municipal elections ‘are a referendum anyway,’ stating that if the GD receives less than 43 per cent of votes in the elections, it will have to accept the holding of repeat parliamentary elections. 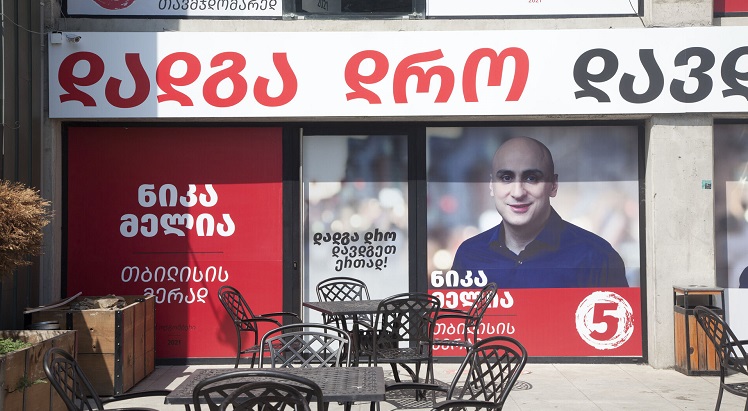 The UNM has managed to make a coalition with four other opposition parties in the elections. Photo: Nino Alavidze/Agenda.ge.

Coronavirus cases began to surge in Georgia starting July and the government had to reimpose several restrictions to curb the spread of the virus.

The Georgian public defender has urged the government to discuss the postponement of elections and the opposition parties also supported the idea.

However, the government says that daily coronavirus cases are decreasing in the country and vows to hold ‘Covid safe’ elections.

89 local and 52 international organisations will observe the elections.

74 media outlets have been accredited to cover the race.

What do election polls say?

The recent election polls released by NDI and IRI, as well as several polls commissioned by local media outlets, say that the majority of Georgian voters are undecided. 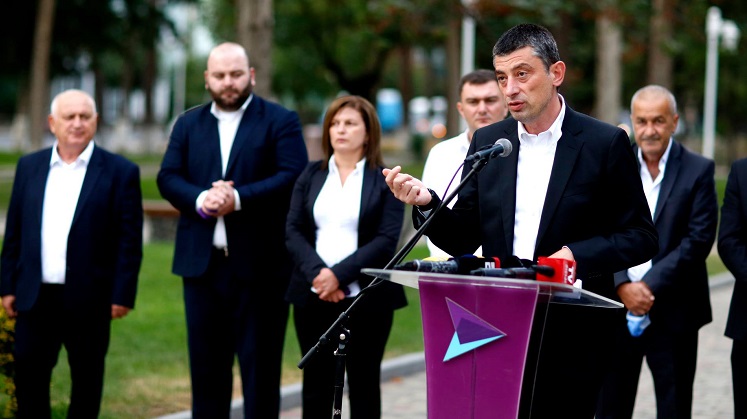 The GD says that it will win the elections by at least 46 per cent of votes, while the opposition polls forecast the victory of the ruling party opponents.

The elections will be held per party-list and majoritarian electoral models.

The mayoral candidates who receive at least 51 per cent of votes, will win the race, otherwise the second round of elections will take place.

The ruling Georgian Dream party says that major opposition parties, like the UNM, are not engaged with election campaigning because ‘they have plans to stage election provocations and spark tension’ for the elections.

The opposition responds that the ruling party ‘which has failed to run the country properly,’ is busy with criticism of the UNM and other issues ‘to shift public attention onto less serious topics.’

Only a few opposition parties have managed to unite for the elections and present joint candidates in the race.