Based on the CEC results, nine parties, which have overcome the mandatory 1% threshold, are eligible to take up the parliamentary mandates. 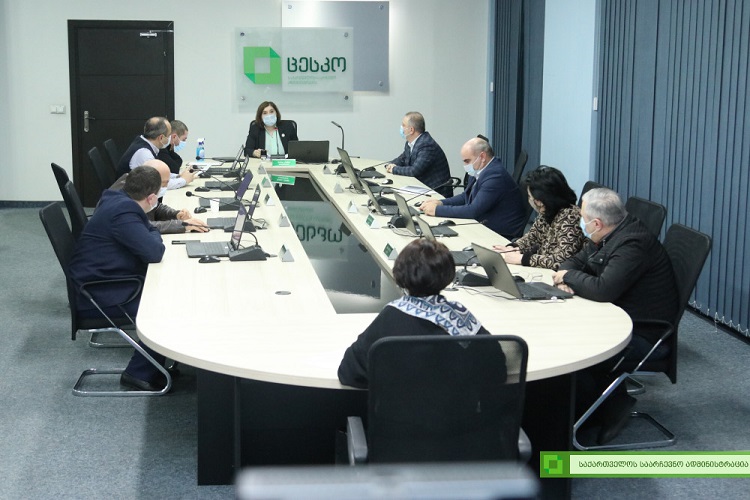 Below is the number of MPs per party in the tenth convocation of parliament:

Following the agreement between the ruling party and opposition, 120 seats in the tenth convocation of parliament will be distributed via a proportional vote and the remaining 30 - via the majoritarian system.

However, claiming that the CEC has falsified election results in favour of the ruling party, opposition refuses to take up their mandates. 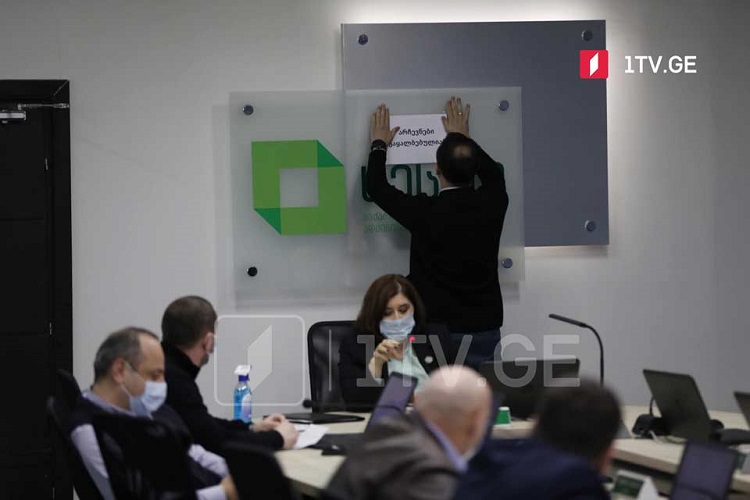 EG member Davit Gurgenidze is hanging a paper on the wall which reads ‘elections have been falsified’. Photo: 1TV.ge

Meanwhile, CEC chair Tamar Zhvania said Kirtadze and Gurgenidze have expressed similar positions back at the summarising session following the 2016 parliamentary elections and left in protest.

However, Zhvania said, despite the accusations from opposition, the ninth convocation of parliament has worked throughout four years.

Everyone in this country is aware of the general assessments of the international organisations and their position that the elections were competitive and, overall, fundamental freedoms were respected”, Zhvania said.

She further noted that despite certain concerns, no legitimacy of the elections have been put under the question by the international organisations. 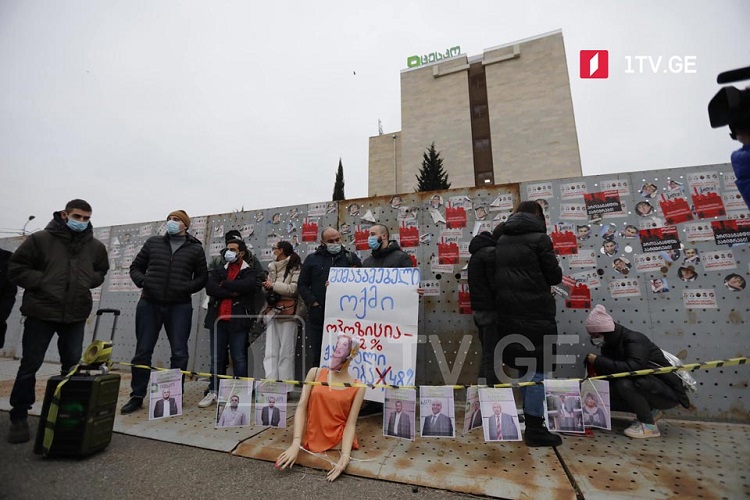 Meanwhile young members of opposition and civic activists rallied outside the CEC claiming that Tamar Zhvania has rigged the elections. Photo: 1TV.ge

Following the session, CEC spokesperson Natia Ioseliani said the election administration has ensured to hold the elections in safe environment amid coronavirus pandemic so that the voters could  freely cast ballot, including in quarantine and self-isolation.

Ioseliani also said that the CEC has carried out all of its activities in full line with the law despite ‘pressure’ and ‘disinformation’ aimed to discredit this ‘independent institution’.

Having summed up the election results at today’s session, the CEC will now send the document to the parliament of Georgia, which will hold the first session of the tenth convocation within ten days.