Opposition holds rally amid US State Secretary’s visit to Georgia

Opposition parties which have refused to enter the parliament following the October 31 elections have held a rally in the centre of Tbilisi amid US State Secretary Mike Pompeo’s visit to Georgia earlier today.

Opposition leaders say that with the rally they on the one hand are expressing respect to Pompeo, while on the other hand speaking out about the issues of the elections. 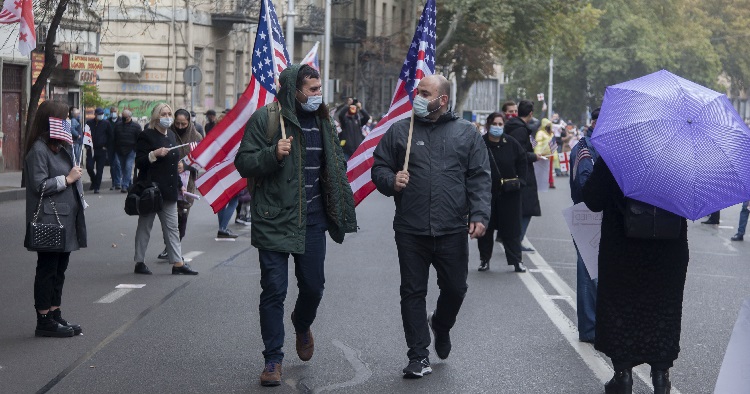 Demonstrators set up a live chain from the Philharmonic Hall to the Parliament hold stickers which are copies of the CEC’s summary protocols with the inscription ‘falsified’. Citizens hold flags of Georgia and stand two meters apart.

Thrilled to be in Tbilisi. The United States and Georgia have a strong relationship built upon our shared commitment to freedom and independence. We are committed to helping Georgia deepen its Euro-Atlantic ties and strengthen its democratic institutions. pic.twitter.com/7F9hacSLzl

The Secretary is here to reaffirm the United States' strong support for Georgia's sovereignty and territorial integrity and to reinforce the commitment to our shared values of freedom and democracy,” announced the US Embassy Tbilisi after the arrival of Pompeo.

The US Embassy Tbilisi also noted that Pompeo will discuss efforts to strengthen Georgia's democratic institutions and emphasize the importance of free and fair elections. 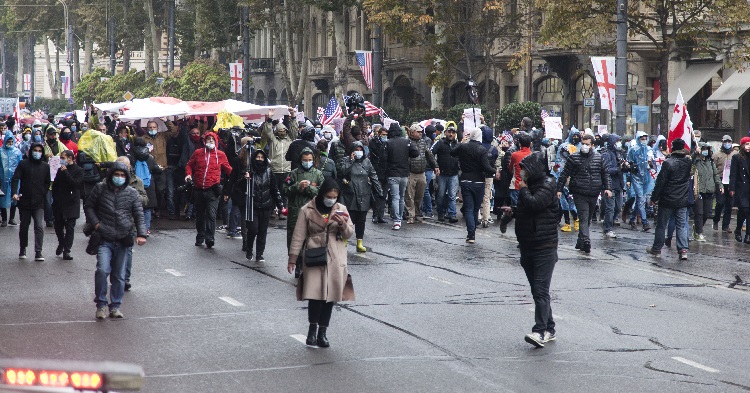 Over 20 opposition parties have released a statement amid the US State Secretary’s visit to Georgia.

Opposition parties express their concern to Ruling Georgian Dream party chairman Bidzina Ivanishvili’s behavior as they note that Russia fights against the sovereignty of free countries with erosion of the democratic system.