One day before the election run-offs: what are the opposition’s plans?

The eight opposition parties who entered parliament following the October 31 parliamentary elections still remain united in that they will not participate in the second round of elections in 17 election constituencies tomorrow and will not take up their mandates in parliament.

However, the opposition parties stated earlier today that ‘no rallies’ will be held tomorrow.

The ruling party will try to make the results of the October 31 parliament elections legitimate with the help of run-offs. We will completely ignore the farce, it will be our response,” one of the leaders of European Georgia opposition party Gigi Ugulava stated earlier today.

Ugulava urged voters not to participate in the run-offs.

Before making the statement members of the eight opposition parties individually met with the US and EU ambassadors who are mediating talks between the ruling party and the opposition to help the completion of the political crisis. 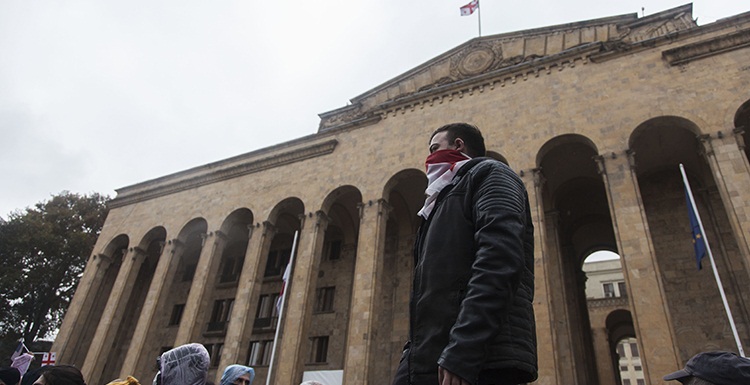 Today’s individual meetings took place before the third round of the meeting between the ruling party and opposition.

US Ambassador Kelly Degnan told journalists before the start of the meetings with the opposition that ‘it is a positive signal that parties are trying to find solutions.’

I urge you once again to listen to our friends - OSCE/ODIHR, US and others. Let’s not increase risks for our country which is already facing big challenges,” Kaladze said. 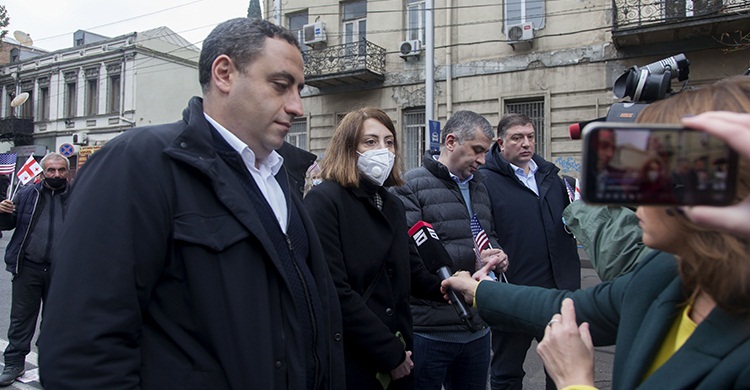 Opposition leaders say that none of the parties will take up their mandates. Photo: Nino Alavidze/Agenda.ge.

Ruling Party Executive Secretary Irakli Kobakhidze has stated that the new parliament may not vote on giving up mandates by opposition MPs.

It is up to the parliamentary majority, 76 MPs, whether or not to vote for giving up mandates by opposition MPs,” Kobakhiadze said.

Opposition leaders responded that ‘what Kobakhidze says is absurd.’

Experts say that the majority should respect the wish of opposition MPs if they decide not to take up their mandates, as it is part of democracy.

Opposition parties took to the streets shortly after the election day, stating that the Georgian Dream leadership falsified the elections with the help of the country's Central Election Commission.