Over 20 opposition parties have released a statement amid the US State Secretary’s visit to Georgia.

They note that Pompeo arrived when significant threats and new opportunities have emerged for Georgia, the region and the entire Euro-Atlantic area.

Putin's Russia and other totalitarian regimes pose a significant threat to peace in the region and the security of a free world. The Secretary of State's visit sends a clear message that the United States remains in the region and stands by its partners, protecting the sovereignty and freedom of friends,” says the announcement.

Opposition parties express their concern to ruling Georgian Dream party chairman Bidzina Ivanishvili’s behavior as they note that Russia fights against the sovereignty of free countries with the erosion of the democratic system. 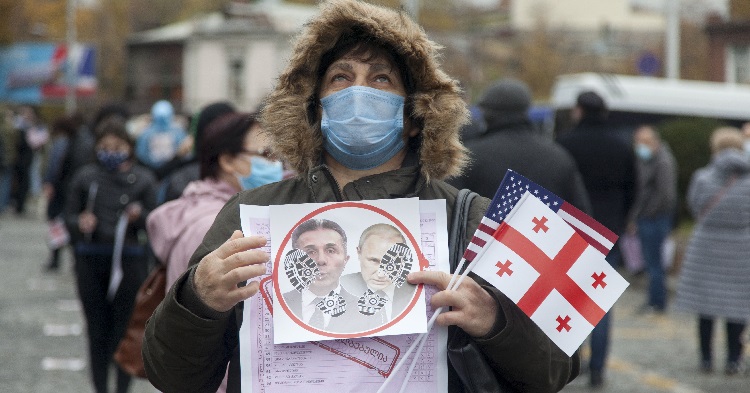 Election fraud, politicization of the judiciary and political prisoners, persecution of political opponents, obstruction of Western investment, and refusal to build the international Anaklia port - these are signs of Georgia's democratic setback,” says the announcement.

The statement reads that with democracy, economic freedom is also important, noting that ‘totalitarian and authoritarian regimes fight against the free market by prohibited methods.’

They noted that western allies need to have a legitimate advantage, including a free trade agreement and more US investments, including in geopolitically important projects such as the Anaklia deep sea port. 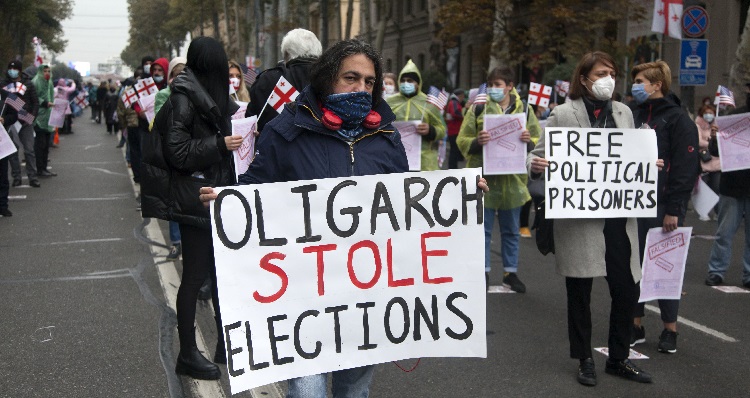 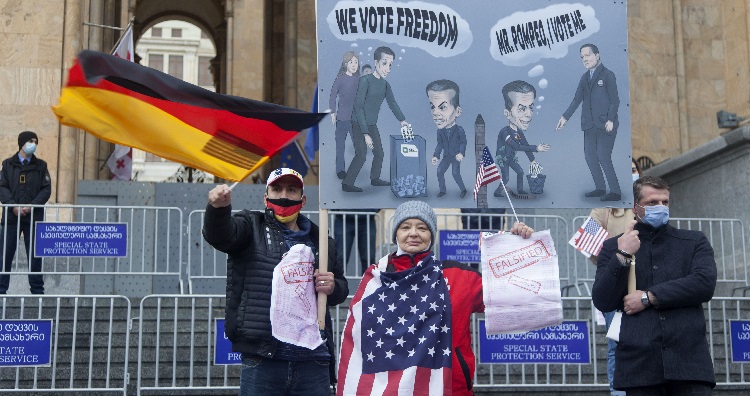 Opposition parties which refuse to enter the parliament and do not trust the Central Election Commission hold a rally in the centre of Tbilisi amid US State Secretary Mike Pompeo’s visit to Georgia. Citizens which have set up a live chain from the Philharmonic Hall to the Parliament hold stickers which are analog of CEC’s protocols with the inscription ‘falsified’ and hold flags of Georgia.