The ruling Georgian Dream party and the leaders of eight opposition parties and blocs who were voted in during the October 31 parliamentary elections have held a third meeting with the mediation of foreign ambassadors earlier today to find a way out of the current political crisis.

The opposition leaders who say that the elections were fabricated and refuse to take up their mandates described the meeting as ‘positive and useful, as several issues have been agreed.’

However, they stated that no consensus has been reached so far on the major demand of the opposition - on the conduct of repeat elections.

Parliament Speaker Archil Talakvadze stated after the meeting that ‘no repeat elections will take place as the elections were conducted in line with democratic standards.’

However, he stated that the ‘meeting was a step forward.’ 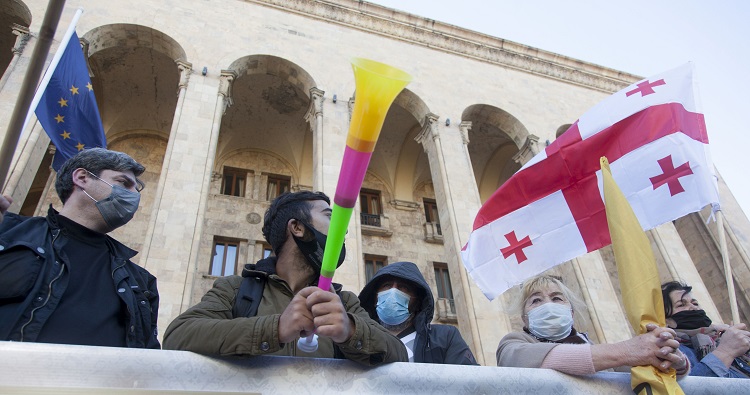 Executive Secretary of the ruling party Irakli Kobakhidze said that he has positive expectations.

The next meeting will take place tomorrow and I hope that it will end with an agreement,” Kobakhidze said.

Opposition parties took to the street following the elections and demanded repeat elections.

The diplomatic corps is now mediating talks between the ruling party and the opposition to help the end of the crisis.

The ruling party has received 90 seats in the 150-member parliament, while the remaining 60 seats were received by 13 opposition parties (6 political parties and two election blocs).