Transparency International Georgia (TI Georgia) writes in its report that eight (of nine) political parties and election blocs which won seats in parliament in the October 31 parliamentary elections spent 37.3 million GEL on election campaigning between September 1 and November 17 of 2020.

The report says that 17.1 million GEL (46 per cent ) of the 37.3 million GEL was spent by the Georgian Dream ruling party.

The report says that the eight opposition parties and election blocs received a total of 38.6 million GEL in contributions from September 1 to November 17, 2020. 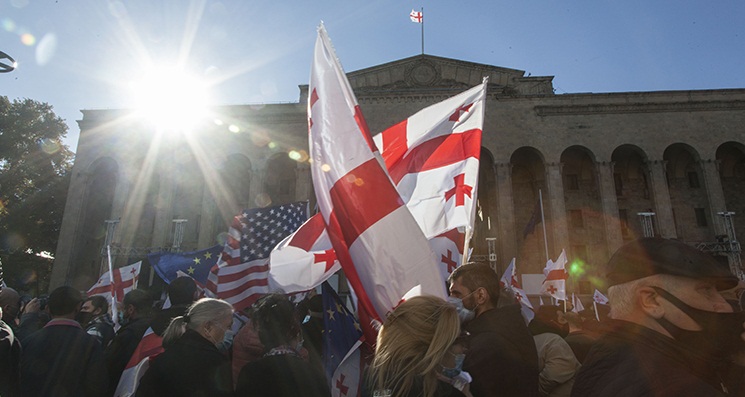 Only four opposition MPs of 60 have entered parliament so far. Photo: Nino Alavidze/Agenda.ge.

The ruling party got 17. 3 million GEL which is almost half of the total. Then comes Lelo with six million GEL and the UNM-United Opposition election bloc with 5.7 million GEL,” said the report.

TI Georgia says that only 10 per cent came from public funding, while 90 per cent was from private funding.

Nine political parties and election blocs have won seats in the 10th convocation of parliament.

The ruling party has won 90 seats, while the opposition parties have won the remaining 60 seats.

However, most opposition MPs have requested the suspension of their status.

They say that the elections were fabricated and are demanding repeat elections.

Only four opposition MPs (former members of the Alliance of Patriots) have entered the parliament so far.