Members of the Girchi and Citizens opposition parties which have won six seats in the 150-member parliament in the October 31 elections met earlier today to discuss the current political crisis and made an offer to other opposition parties.

Iago Khvichia from Girchi stated after the meeting that they have an offer to other opposition parties. 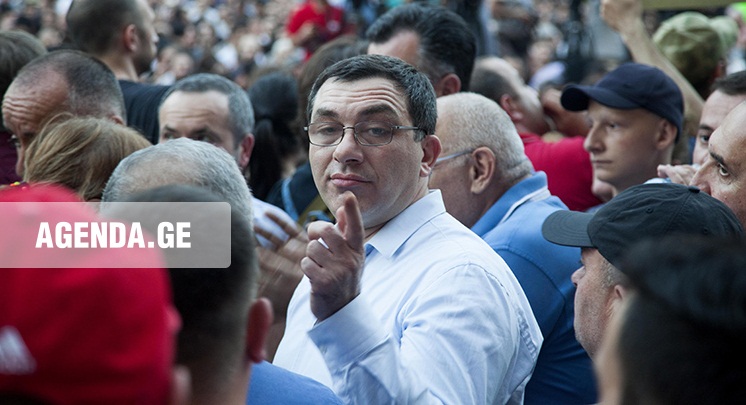 However, the ruling party is very unlikely to accept repeat elections,” Khvichia said.

Carrying out election reform is the top demand of Aleko Elisashvili’s Citizens.

As of now only four (via the list of the Alliance of Patriots opposition party) of 60 opposition MPs have entered parliament.

Most opposition MPs have requested the suspension of their status.

Foreign diplomats are now mediating talks to help the ruling party and the opposition end the current political crisis.

The top demand of the UNM, European Georgia, Labour Party, Strategy Agmashenebeli and Lelo opposition parties is the holding of repeat elections, while the ruling party says that the elections were held in ‘full line with democratic standards.’

In total eight opposition parties and election blocs have won seats in parliament.

Girchi won four seats in parliament. However, the founder and one of the leaders or the party Zurab Japaridze has left the party and created another Girchi party.

He also requested the suspension of his MP status.