The ruling Georgian Dream party has asked the International Society For Fair Elections and Democracy (ISFED) to present the list of the eight per cent of election districts where, per the NGO, the ballots cast outnumber the signatures of registered voters.

ISFED admitted to a mistake in its data of the parallel vote count on the weekend, while the data has been used so far by opposition parties ‘as evidence’ that the ‘elections were fabricated’.

The ruling party says that like the initial data of the parallel vote count, ISFED’s statement on the imbalance between ballot papers and registered voters, is also incorrect.

If ISFED refuses or will not be able to present the list of the eight per cent of election districts the NGO will have to admit another rough mistake and ask pardon to the Georgian people and international partners for spreading false information and supporting a revolutionary scenario of the radical opposition,” Executive Secretary of the ruling party Irakli Kobakhidze has stated.

Head of ISFED Georgia Elene Nizharadze has stated that the ruling party 'is making incorrect accents and trying to shift attention to a minor error in data.'

Kobakhidze said that along with the recognition of the ‘rough mistake’ in the parallel vote count, ISFED chairmanship has made a ‘more scandalous statement.’

The ISFED chair has stated that she knew of the mistake in the data of parallel vote count by the end of November while the radical opposition has been using their incorrect data up to now. The fact is alarming,” Kobakhidze said.

He stated that the ruling party has tried not to make critical statements against the NGO not to further damage its reputation.

Despite the fact the mistake made by the NGO has become a major lever for the revolutionary scenario of the radical opposition, we have tried to make light responses and refused to publicly express a grounded suspicion regarding the manipulation with the parallel vote count data,” Kobakhidze said.

He stated that despite the attitude of the ruling party the NGO has recently released a statement which included ‘two rough mistakes.’ 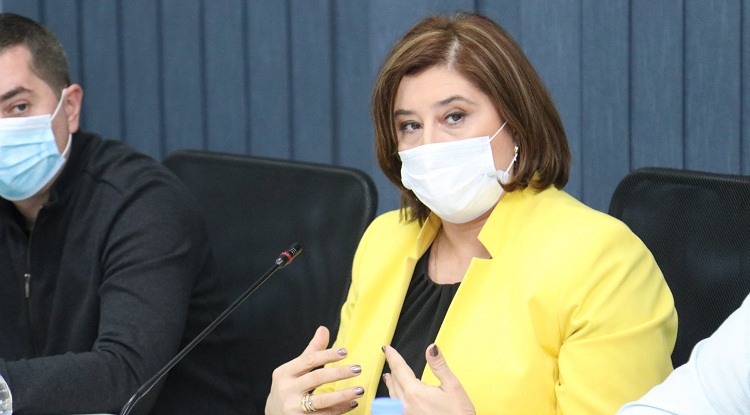 CEC chairperson Tamar Zhvania who has been accused of falsifying elections in favour of the ruling party has also stated that ISFED’s adjusted PVT results ‘strongly confirm that the official election results have been correct’.  Photo: CEC.

In the statement ISFED said that the adjusted data made no influence on distribution of mandates, while, according to the initial data the ruling party received four mandates less, and another, a more serious, incorrect information that there were imbalance between ballots cast and voters’ signatures in eight per cent of polling stations,” Kobakhidze said.

He said that the imbalance reported by the NGO was confirmed in less than one per cent of polling stations and the country’s Central Election Commission 'immediately responded to the imbalance and recounted the votes.’