The Georgian Central Election Commission (CEC) has annulled the party lists of five opposition parties earlier today per their request, meaning candidates on the lists would not be able to replace opposition MPs who have officially refused to take up their mandates in parliament.

The five parties also signed a memorandum in which they said that they are demanding repeat elections and refuse to take up their mandates.

The five parties and election blocs received 50 seats in parliament per the results of the October 31 elections.

The members of the parties say that they will request the parliament to suspend their MP status on December 17. 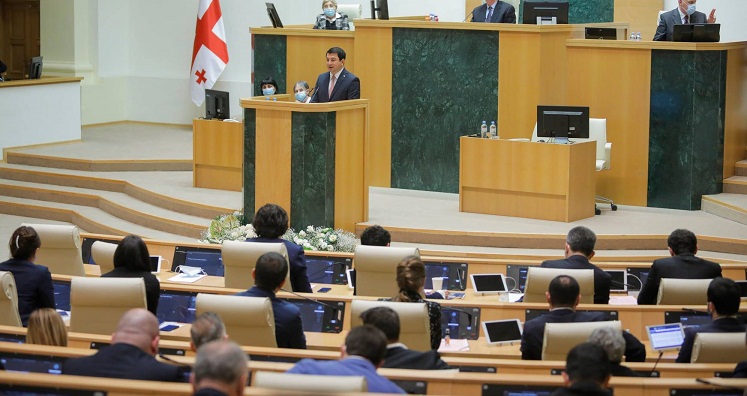 The ruling party has promised to accept repeat elections if a parliamentary investigation commission detects the rigging of even one per cent of votes. Photo: Archil Talakvadze's press office.

The opposition parties which have not requested the annulment of their party lists so far are as follows:

Eight opposition parties and election blocs which were voted in on the October 31 parliamentary elections say that the elections were fabricated and are demanding repeat elections.

Diplomatic corps are now mediating talks between the ruling party and the opposition to help the parties end the political crisis.