The head of the United National Movement (UNM) opposition party Grigol Vashadze has stated that he has left the party and said that the presence of ‘odious figures’ in the party and attacks on the diplomatic corps and ‘other controversies’ pushed him to resign.

Vashadze said in his Facebook post released earlier today that he has done his best as the head of the party since January 2017 to make the party stronger.

However, there are issues which are absolutely unacceptable to me. I disagree with the recent tactics or the UNM leaders that have been chosen without consultations with party members, as well as the absence of a party strategy. There are odious figures in and around the party who are the part of the past and will never be able to regain the public truth. Attacking our strategic partners and heads of missions are very concerning,” Vashadze said.

Last month Vashadze called on other opposition parties to sit at a table with the ruling Georgian Dream party to resolve election-related complications. 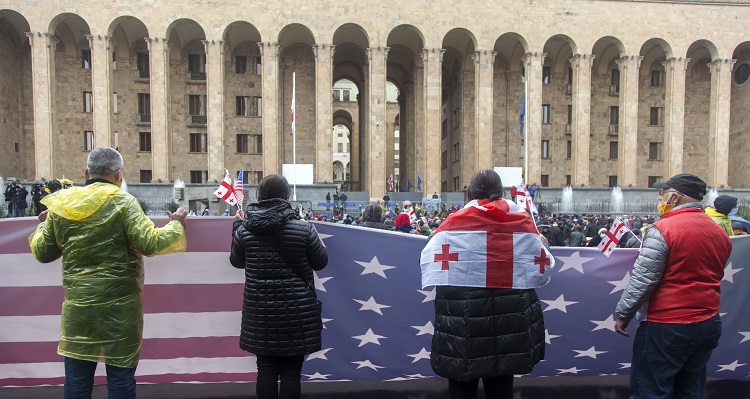 Opposition parties and election blocs refuse to take up their mandates in parliamnet. Photo: Nino Alavidze/Agenda.ge.

Other members of the UNM said that ‘the statement is Vashadze’s personal opinion which was not agreed upon with us,’ while the members of other opposition parties which took to the street following the October 31 parliamentary elections, said that Vashadze’s statement was ‘unexpected and confusing.’

Diplomatic corps are now mediating talks between the ruling party and the opposition to help the parties end the political crisis.