The International Society for Fair Elections and Democracy (ISFED) has adjusted its results of parallel vote tabulation (PVT) based on which the ruling Georgian Dream ruling party receives 47.6% of votes instead of 45.8%, while the opposition United National Movement/Strength in Unity election bloc receives 27.4% of votes instead of 26.4% in the October 31 parliamentary elections.

The final PVT results by ISFED are as follows:

ISFED stated yesterday that ‘considering the high public interest’ the organisation has conducted ‘a preliminary, internal audit’ of the results of its PVT, which ‘confirmed accuracy’ of the PVT methodology and credibility of the information submitted by ISFED’s observers. 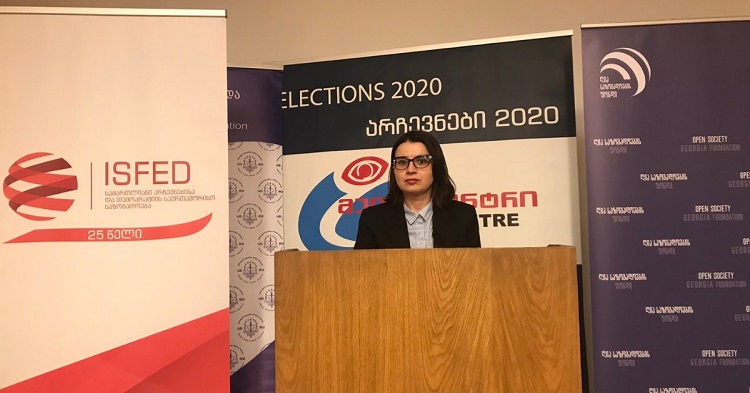 ISFED has been the only local NGO which carried out parallel vote tabulation on October 31. Photo: ISFED/Twitter

However, a technical fault was identified in the vote calculation formula. Namely, the formula counted the number of invalid ballots along with the votes received by the electoral subjects”, ISFED said.

We would like to reiterate that ISFED conducted a comprehensive monitoring of the entire election process. Based on its findings, the organisation believes that the 2020 election was of the lowest standard compared to other polls conducted in the last few years”, the organisation said.

Executive Secretary of the ruling party Irakli Kobakhidze said in response to ISFED’s ‘scandalous information’ that PVT is considered to be ‘the main mechanism for the verification of the accuracy’ of the Central Election Commission (CEC) data.

Kobakhidze said that ‘in contrast to previous years’, the PVT results published by ISFED on November 1 showed ‘a substantial deviation from the results of the CEC, which became the main basis for the allegation of electoral fraud by the opposition’.

Namely, according to PVT, a 2.4% margin of error was detected in the case of the Georgian Dream, on the basis of which the leaders of the radical opposition spoke of electoral fraud”, Kobahidze said. 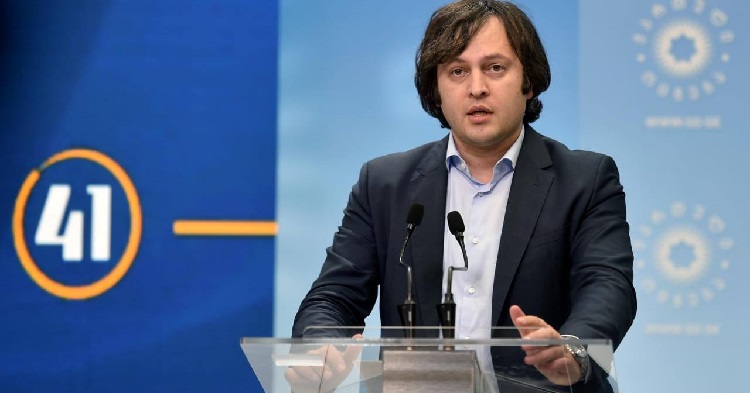 Irakli Kobakidze told journalists today that the ruling party had been ‘suspicious of the accuracy’ of this data from the very beginning. Photo: Georgian Dream press office

Kobakhidze added that ‘the concurrence of the CEC results and the PVT data once again demonstrates that any talk of electoral fraud amounts to speculation and is a blatant lie’.

Claiming that the current ‘radical opposition’ has been ‘rigging elections for nine years’ now, Kobakhidze said ‘their propaganda concerning the so-called voting carousels, voter bribery, and the use of administrative resources’ is false.

Anti-Western, anti-state, and anti-democratic political forces will not be able to achieve their goals, as demonstrated by the exposure of the falseness of their speculations, which were built around PVT”, he said.

Kobakhidze also claimed that the ruling party ‘will not allow anyone to artificially cast doubt on competitive and free elections’.

CEC chairperson Tamar Zhvania who has been accused of falsifying elections in favour of the ruling party has also stated that ISFED’s adjusted PVT results ‘strongly confirm that the official election results have been correct’.

Speaking of the accusations, threats and bullying she has faced since October 31, Zhvania said the ‘delayed’ information on election results will hopefully change the negative attitudes that have affected the election administration, the entire election process and the country. 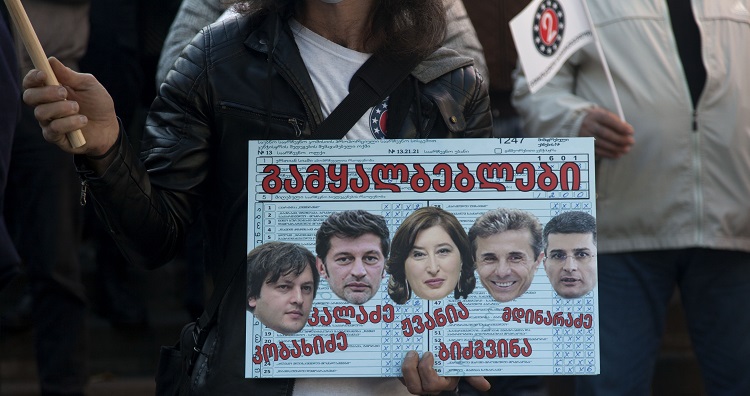 The poster says that Tamar Zhvania together with the ruling party leaders are 'falsifiers'. Photo: Nino Alavidze/Agenda.ge

The CEC summarised the final results of Georgia’s parliamentary elections on December 3.

The final election results by CEC are as follows:

Meanwhile, the 10th convocation of the parliament of Georgia held its first session on December 11. None of the opposition MPs from the eight parties and election blocs that were voted into parliament attended the session.