Four members of the pro-Russian Alliance of Patriots opposition party, who were on the party’s election list for the October 31, 2020 parliamentary elections, have left the party earlier today and entered the parliament amid the opposition’s boycott.

Already former members of Alliance of Patriots Avtandil Enukidze, Zaza Mikadze, Pridon Injia and David Zilpimiani have stated that they will create the European Socialist party in the coming days.

They said that a ‘principal controversy’ with the party members on whether or not to take up mandates in the state legislature pushed them to leave the Alliance of Patriots.

The Alliance of Patriots received four seats in the 150-member parliament per the election results.

Irma Inashvili, Gocha Tevdoradze, Giorgi Lomia and Avtandil Enukidze became MPs from the party as they were the top four on the party list.

However, yesterday the parliament of Georgia suspended the MP status for Inashvili, Tevdoradze and Lomia per the request of the MPs themselves. 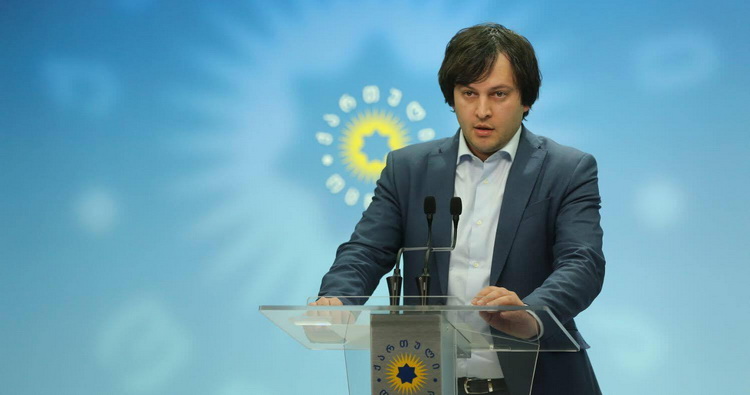 The ruling party MP Irakli Kobakhidze said that 'it is good the pro-Russian members of Alliance of Patriots did not enter parliament.' Photo: Georgian Dream press office.

At the end of last year the Alliance of Patriots appealed to the Georgian Central Election Commission (similar to five of eight opposition parties and election blocs) to annul its party list which meant the candidates on the list would not be able to replace the opposition MPs who officially refused to take up their mandates in parliament.

The parliament of Georgia has approved the legitimacy of Zilpimiani, Mikadze and Injia earlier today.

The ruling party said that the suspension of MP status for other opposition legislators will be voted on only after the fifth round of election talks between the ruling Georgian Dream party and the opposition.

Eight opposition parties and elections blocs which were voted in on the elections say that the elections were fabricated, refuse to take up their mandates in parliament and are demanding repeat elections.

Fifty-four of 60 opposition MPs in the 150-member parliament have requested the suspension of their status so far.