The Alliance of Patriots opposition party has requested the parliament suspend the status of their four MPs.

Similar to all opposition parties which were voted in during the October 31 parliamentary elections, the pro-Russian party claims the elections were fabricated and is demanding repeat elections.

Six of eight opposition parties which have won seats in the 150-member parliament - United National Movement-Strength is in the Unity election bloc, Labour Party, Lelo, European Georgia, Alliance of Patriots, Strategy Agmashenebeli - have requested the suspension of status of their MPs.

Aleko Elisashvili’s Citizens and Girchi have not yet done the same.

Only one member of Girchi, Zurab Japaridze, has requested the suspension of his MP status.

In total 55 of 60 opposition MPs have requested the suspension of their status so far. 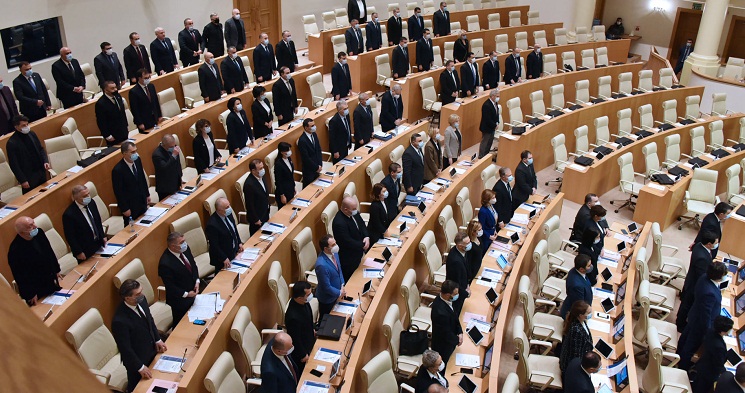 The ruling Georgian Dream party has won 90 seats in the 150-member parliament, while the remaining seats are of 60 opposition MPs. Photo: parliament of Georgia press office.

Below is the number of MPs per party in the tenth convocation of parliament:

Along with making the request, the opposition parties are ready to continue election-related talks with the ruling Georgian Dream party.

The diplomatic corps is now mediating talks between the ruling party and the opposition to help the parties end the political crisis.