The Georgian parliament has passed a bill in its first reading earlier today which strips parties of state funding if they refuse to take up their mandates in parliament.

Opposition MPs from six of eight parties which have won seats in parliament have already requested the suspension of their status.

They say that the elections were fabricated and are now demanding repeat elections.

Per the ruling party-initiated bill, the parties will not receive state funding if at least half of their MPs do not enter the legislature.

The bill also strips the parties of free media time and rejects election registration for the parties whose leaders violate the state constitution.

Ruling party MP Anri Okhanashvili said that the parties will not receive the state funding after the parliament officially accepts their resignation. 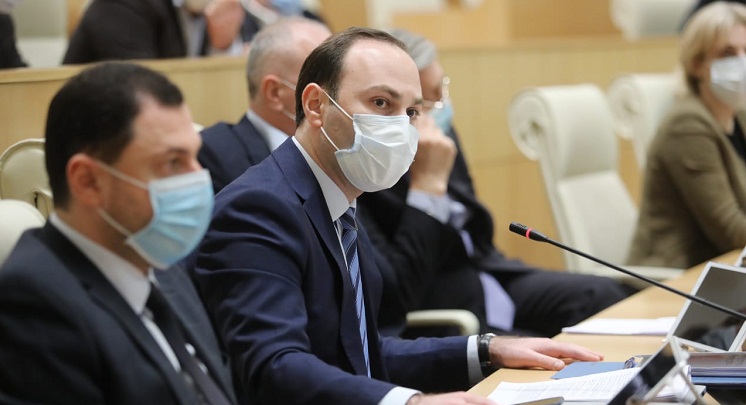 Ruling party MP Anri Okhanashvili said that the parliament is likely to vote on the suspension of status of opposition MPs during the spring session which means that opposition parties will receive state funding for six months. Photo: parliament of Georgia press office.

The issue is likely to be voted on in the spring,” Okhanashvili said.

He also said that if MPs will not take up their seats they should not receive the state funding and salaries.

Per the law one vote equals 15 GEL. If an MP refuses to take up his mandate and do his job why should he be funded by the voters’ money,” Okhanashvili said.

Fellow ruling party MP Irakli Kobakhidze has initiated the sending of the bill for recommendations to the CoE Venice Commission and ODIHR.

Let’s wait for their recommendations and only after have a vote on the bill in its second reading (by the end of January),” Kobakhidze said.

He stated that the recommendations ‘will leave no grounds to the opposition’ to criticize the bill.

Opposition parties and several NGOs say that the bill is to punish the opposition.