The OSCE Office for Democratic Institutions and Human Rights (ODIHR), which observed Georgia’s parliamentary elections last year, said in its final report that ‘despite challenges posed by the COVID-19 pandemic’ the elections were ‘competitive and administered efficiently’.

Noting that the electoral legal framework ‘overall provides a sound basis for holding democratic elections’, the report says ‘gaps and ambiguities in the election legislation persist which, in some instances, led to an inconsistent application of the law by the election administration, courts and other relevant actors’.

The freedoms of assembly, association, and expression were mostly respected, and contestants were generally able to campaign freely and without undue restrictions. However, intimidation of party supporters and public sector employees was reported widely”, ODIHR says in its report.

It meanwhile says that ‘the line between the ruling party and the state was often blurred, contrary to OSCE commitments and international good practice’, which based o the report also included‘campaigning by mayors on behalf of candidates of the ruling party’.

Moreover, ‘while the Constitution prescribes the separation of church and state and the Election Code forbids campaigning by religious organizations, the ruling party invoked religious imagery in its appeal to voters in some of its campaign advertising, and some clergy of the Georgian Orthodox Church were observed in attendance at campaign events’.

Although ‘a vibrant campaign was conducted in media and online, with many contestants turning to Facebook to connect with voters’, ODIHR says ‘there was little discussion of substantive issues’.

The diverse and pluralistic media environment was polarized along political lines and business interests. The results of the ODIHR LEOM media monitoring showed that all monitored private broadcasters were visibly partisan”, the report also reads.

It notes as well that ‘while the main contestants were provided with comparable amounts of mainly neutral coverage on the public channels, the partisan editorial coverage by the main private broadcasters, a lack of debates between the ruling party and main political opponents, and the confrontational tone of the campaign coverage significantly reduced the voters’ opportunity to make an informed choice’. 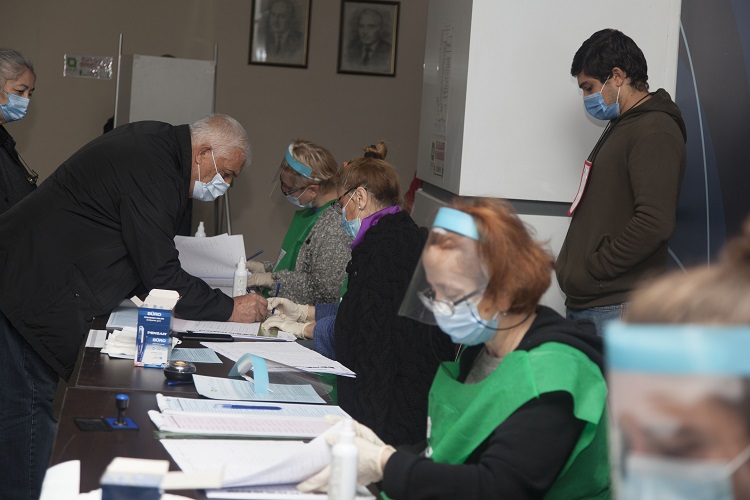 The report published yesterday offers a number of recommendations to improve the conduct of elections and increase the transparency of and public confidence in the electoral process.

Some of the key recommendations include:

ODIHR ‘stands ready to assist the authorities of Georgia to further improve the electoral process and to address the recommendations contained in this and previous reports’.

‘Due to the COVID-19 pandemic and associated travel and health restrictions’.ODIHR carried out a limited election observation mission (LEOM) in Georgia between September 25 and November 11 last year.

The mission in Georgia, led by Ambassador Jillian Stirk, consisted of a core team of 13 experts based in Tbilisi and 27 long-term observers.