The Georgian parliament has adopted electoral amendments with its third and final reading which were initially proposed back in March 2021 by the ruling Georgian Dream party and Citizens opposition and later were revised in line with the April 19 EU-mediated agreement.

The amendments which push major changes to the country’s electoral system were voted for by 86 MPs in the 150-member parliament.

Two major opposition factions in parliament, the United National Movement (UNM) and Lelo – Partnership for Georgia have refused to vote for the amendments ‘because they do not fully reflect the EU-mediated agreement.’

The electoral legislation reform package provides changes to the structure and effectiveness of the supreme body of the Election Administration of Georgia, the Central Election Commission (CEC): 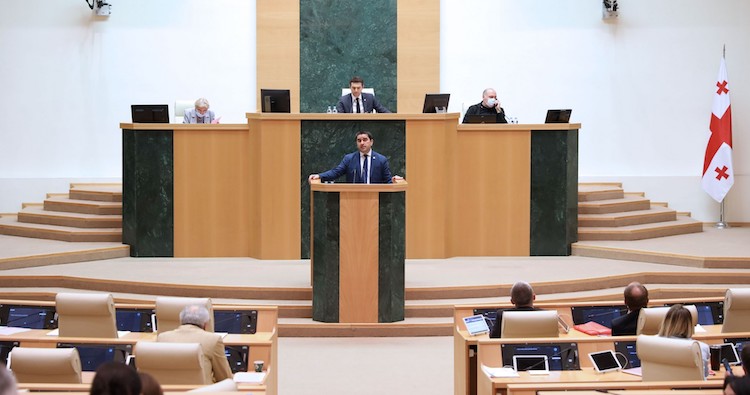 The electoral reform legislative package contains twenty significant reform points and five of them are provided in the April 19 agreement.

This precedent was set by us, the Citizens' party, together with the Georgian Dream, and I believe that the opposition should cooperate with the ruling party on such issues, which in its meaning are not party-related”, said Citizens MP Levan Ioseliani.

For the purpose of correcting the shortcomings in the electoral legislation, the reform process started in June 2019, reflecting the recommendations of the OSCE Office for Democratic Institutions and Human Rights (ODIHR).

A joint assessment of Transparency International Georgia (TI) and International Society for Fair Elections And Democracy (ISFED) on the electoral reform process said:

Although the working group formation process was more or less inclusive and transparent, no agreement was reached on fundamental issues such as reviewing the rules for forming the election administration, regulating social media campaigning, and resolving election disputes,” reported in the document.

The bill passed by the parliament will be sent to the president for signature and after that will come into force.