A 27-year-old Georgian nurse Megi Bakradze who went into anaphylactic shock after receiving the AstraZeneca coronavirus vaccine is still in a critical condition.

Bakradze, who was transported from Georgia’s town of Akhaltsikhe to the capital Tbilisi the same day, is receiving treatment at the first University Clinic of Tbilisi State Medical University.

Her heart stopped beating and we were able to restart it,” the head of the clinic Levan Ratiani told journalists earlier today.

He said that ‘no improvements’ have been detected so far and that the heart may again stop beating.

Georgia received the first 43,200 doses of AstraZeneca vaccine on March 13.

Vaccination of health workers started on March 15 throughout Georgia. 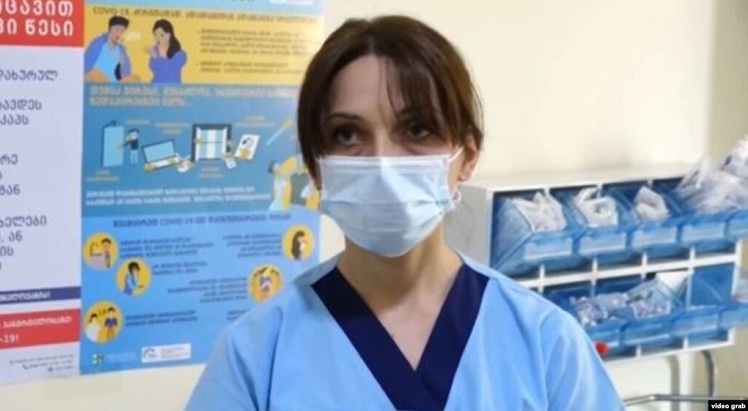 Bakradze urged people to vaccinate before she developed the severe allergic reaction.

More than 3,600 health workers have received the vaccine so far and no serious side effects have been reported so far except Bakradze’s case.

Georgia decided to continue vaccination because the European Medicines Agency’s (EMA) reported yesterday that the AstraZeneca vaccine is safe, following reports of the possible links between the vaccine and blood clots.

41 individuals of the five million vaccinated individuals had the same reaction in the UK and Sweden.

Head of Georgia’s National Centre for Disease Control Amiran Gamkrelidze has stated that 16.8 per cent of almost 60 million vaccinated individuals in Europe have developed different side effects. However, no fatalities have been recorded.