Talakvadze told Palitra TV that the ruling party does not intend to ignore the choice of their supporters made at the last year’s parliamentary elections and to agree to the groundless demands of the opposition.

We, the Georgian Dream, do not intend to turn our backs on the choice of our citizens and supporters in the elections which we have won”, Talakvadze said.

Noting that the ruling party has made a ‘constructive offer’ to the opposition by offering them to establish a temporary commission to investigate alleged election violations, Talakvadze said the opposition has refused.

Talakvadze also stated that UNM chair Nika Melia has been detained for his refusal to pay bail, therefore, he can be released only after doing so. 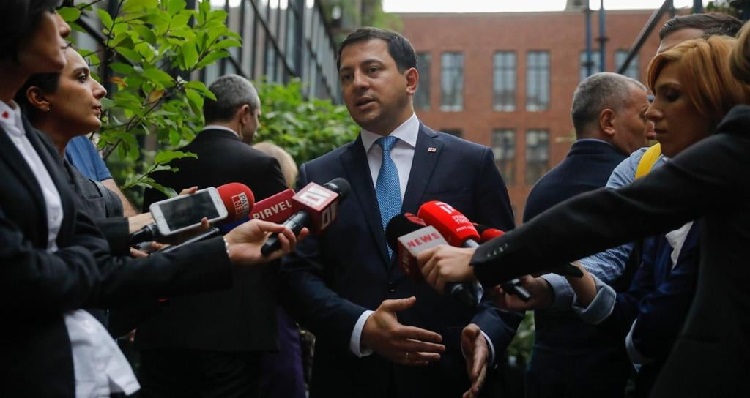 Claiming that the elections were rigged in favour of the Georgian Dream, opposition parties and election blocs qualified for parliamentary seats in October 31 parliament elections demand repeat elections be held and 'political prisoners', including Melia, released.

Meanwhile, the ruling party has promised to accept repeat elections if a temporary investigative commission reveals that at least 1% of votes were rigged or falsified.

Christian Danielsson, the EU mediator in the talks between the ruling Georgian Dream party and the opposition will travel back to Georgia by the end of the week to help the parties to come to an agreement.

Danielsson, who was sent to Georgia by European Council President Charles Michel on March 12, had spent a week in Georgia, more than scheduled, to help the parties come to an agreement but in vain.