EU mediator Christian Danielsson, who arrived in Georgia late last night, calls on the ruling Georgian Dream party and the opposition to agree on a compromise.

Danielsson said upon arrival that he is looking forward to engaging with the leaders of the political parties in supporting them to reach an agreement to end the political crisis in this country.

EU Ambassador to Georgia Carl Hartzell who has also been involved in the talks said earlier that the first round of mediation ‘was disappointing’ in the sense that no agreement was reached.

However, he believes that with the 'sincere willingness' from all the parties, they will manage 'to move towards a landing zone acceptable to everyone'. 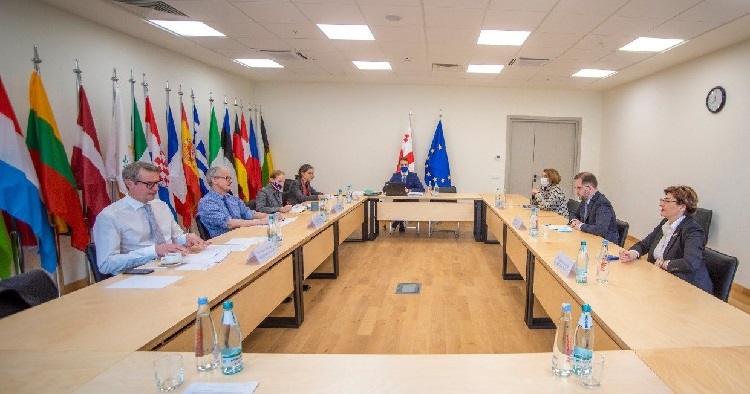 Christian Danielsson has held separate and joint meetings with the Georgian ruling party and opposition during his first visit earlier this month. Photo: EU Delegation to Georgia

European Council President Charles Michel announced on March 22 that his special envoy would travel back to Georgia to help the parties come to an agreement.

Time to make the necessary compromises in the interest of the citizens of Georgia ????????

Envoy will travel back to continue mediation.

Danielsson first arrived in Tbilisi on March 12 to lead the EU-backed mediation effort. However, after the ruling party and the opposition failed to reach an agreement, he left the country.

Nevertheless, both - the ruling party and opposition - have expressed their readiness to reach an agreement during the upcoming round of EU-mediated negotiations which kicks off tomorrow.