Former opposition MP and the head of the United National Movement opposition party Nika Melia has been arrested by police earlier today for refusal to post bail shortly after the parliament approved Irakli Garibashvili prime minister and his cabinet late yesterday.

Melia was arrested in his office in the UNM headquarters in Tbilisi by special unit servicemen.

Due to the high public interest, the Ministry of Internal Affairs publishes video footage recorded inside and outside of the “United National Movement” headquarters https://t.co/Tt240L5R0g pic.twitter.com/wBJOozh15A

The Ministry of Internal Affairs say that ‘proportional force’ has been used during the special operation and that UNM supporters opposed law enforcers.

Twenty individuals have been detained in the process along with Melia.

Video footage depicting a scene how the activist of the "United National Movement" throws a solid object to the direction of the police has been spread in social network as a result of which the photo equipment of certain citizen was damagedhttps://t.co/Tt240L5R0g pic.twitter.com/T7VA9nzQqW

The opposition says that Melia’s arrest ‘is the end of the Georgian Dream government.’

They have announced a rally at the administration building of the government of Georgia at 15:00 today.

We have no right to lose the chance to protect freedom. Rallies are inevitable,” one of the leaders of European Georgia opposition party Giga Bokeria said.

The head of the Georgia Dream party Irakli Kobakhidze said that ‘modern bolsheviks like Melia, Bokeria, Saakashvili and others will not be able to harm the state.’

Responding to radicals, enforcement of law and the protection of the constitutional order is the only way for the democratic development of the country and ending the polarisation in Georgian politics,” Kobakhidze said.

He stated that Melia and the part of the opposition are ‘anti-state forces.’ 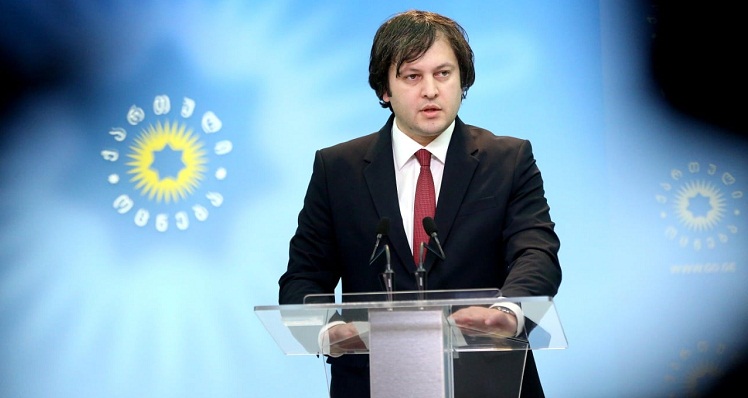 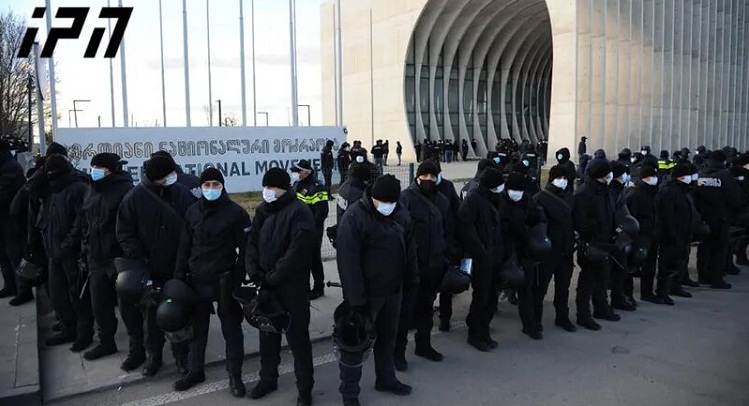 The Ministry of Internal Affairs say that police have warned Melia several times to leave the building. Photo: IPN.

On February 18 Georgian PM Giorgi Gakharia resigned ‘because he failed to make an agreement with the ruling Georgian Georgian Dream party over the arrest of Melia.’