The Georgian Parliament has suspended opposition MP and the new chair of the United National Movement (UNM) opposition party Nika Melia earlier today per the request of the Prosecutor’s Office.

The Prosecutor’s Office plans to ask a court later today to issue a warrant for Melia’s arrest given that he has not posted bail for his release in the case of June 2019 protests.

This is the second time the state legislature has fulfilled the request of the country’s Prosecutor’s Office to suspend the MP status of Melia.

88 MPs in the 150-member parliament voted for the cancellation of his status, while two others voted against.

Melia, along with 50 other opposition MPs, is demanding repeat parliamentary elections and has refused to take up his mandate in the 10th convocation of the Georgian parliament in protest.

However, the parliament did not vote for the suspension of MP status for opposition MPs earlier this month. 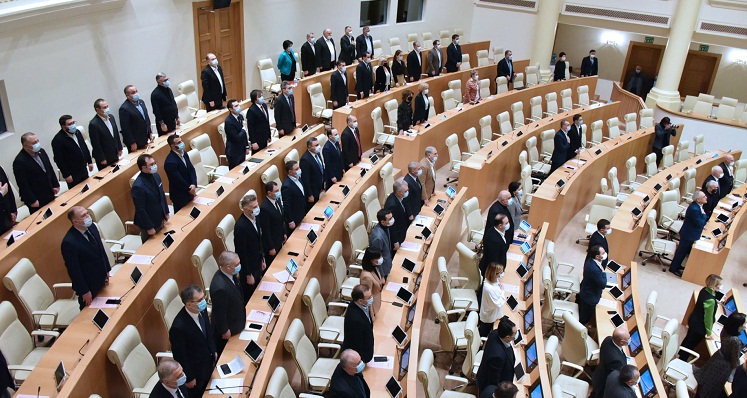 Melia said that the opposition MPs who have entered parliament so far (six of 60 opposition MPs) are the 'slaves' of the Georgian Dream government. Photo: Parliament of Georgia press office.

Melia says that if he entered parliament ‘as a slave of the ruling party, no one will be interested in me and the issue of my arrest will not be raised.’

Now the Prosecutor’s Office will appeal to the court to allow Melia’s arrest.

If Melia, or somebody on his behalf, pays the bail before the court allows his arrest, Melia will not be arrested. 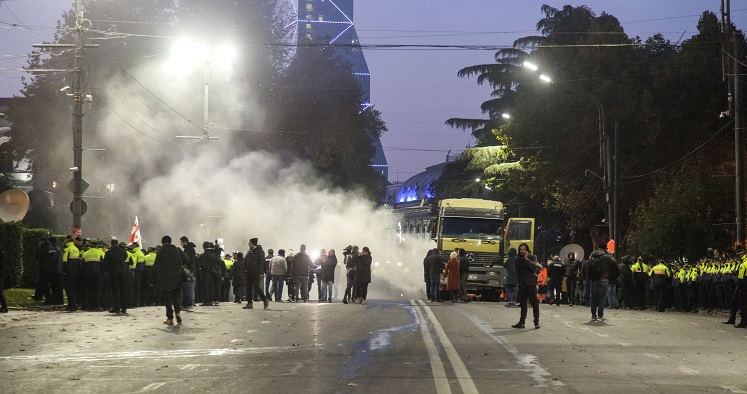 Russian MP Sergey Gavrilov took the seat of the Georgian parliamentary speaker during the 26th Interparliamentary Assembly on Orthodoxy in Tbilisi in June 2019 which sparked protests. Photo: Nino Alavidze/Agenda.ge.

Melia said that charging him with violence in the case of June protests was ‘absurd and illegitimate.’

Melia said that he will not pay bail.

What do the ruling party and opposition say?

Ruling Georgian Dream party members say that everyone is equal before the law and Melia ‘must not be an exception’.

They say that Melia is staging provocations and is trying to ‘win political points.’

Opposition parties say that Melia is ‘politically persecuted’ and that they will not allow his arrest.

Georgian Public Defender Nino Lomjaria has urged MPs not to dismiss Melia and called on the Prosecutor’s Office to reconsider its decision on arrest. 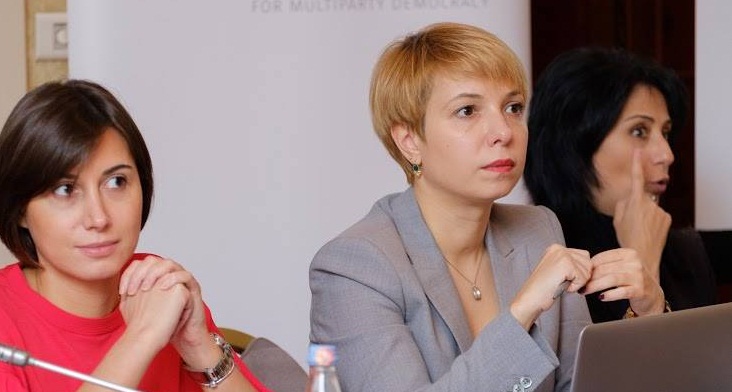 Lomjaria said that 18 months have passed since the launch of criminal proceedings against Melia, investigation was complete in the case and there was no need for Melia's detention now.

Considering that only three police officers were charged (non-custodial measures were used) with the use of excessive force against dozens of citizens and journalists during the June  events the arrest of the opposition leader without proper justification of the procedural need, will be a big blow to the Georgian justice system, making it look like the practices common in non-democratic countries,” Lomjaria said.

If the court finds Melia innocent in the case his status will be restored and he will receive compensation for the period his duties were suspended.