EU Ambassador to Georgia Carl Hartzell fears that the possible arrest of opposition MP and the head of the United National Movement opposition party Nika Melia will further deepen the Georgian political crisis and create additional barriers between the ruling party and the opposition to achieve an election agreement.

Parliament suspended the MP status of Melia yesterday and allowed the country’s Chief Prosecutor’s Office to demand Melia’s arrest from the court because Melia has not posted bail for his release in a case that dates back to the June 2019 protests.

Melia, along with 50 other opposition MPs, is demanding repeat parliamentary elections and has refused to take up his mandate in the 10th convocation of the Georgian parliament in protest.

However, the parliament did not vote for the suspension of MP status for opposition MPs earlier this month.

The ruling party and the opposition have held four meetings with the mediation of Hartzell and other foreign ambassadors to solve the political crisis.

Hartzell says that the possible arrest of Melia ‘is likely to further postpone the date of the fifth round of election talks between the ruling party and the opposition.’ 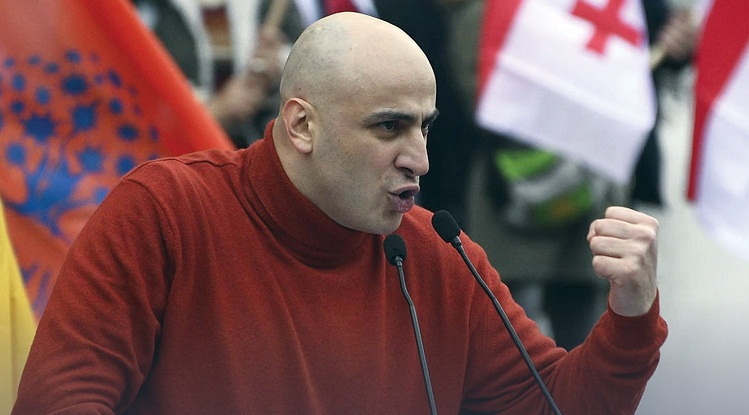 Melia says that he will not pay the bail. Photo: Nika Melia's Facebook page.

He has urged parties ‘to make statements and take steps to prevent the further complication of the situation.’

Hartzell stated that ‘distrust in the court system and high polarisation is a dangerous trajectory for Georgian democracy.’

The UNM opposition says that Hartzell’s statement was ‘very strong.’

The ruling Georgian Dream party says that ‘everyone is equal to the law and Melia must not be an exception.’

The Prosecutor’s Office appealed to the court for Melia’s arrest yesterday.

The court will discuss the issue later today.