The ruling Georgian Dream party will support the suspension of the MP immunity for opposition United National Movement party chair Nika Melia as he has refused to pay the bail.

The Chief Prosecutor’s Office asked parliament to suspend MP status for Melia to then request his arrest from the court on Friday.

Ruling party member Mamuka Mdinaradze said following the ruling party meeting yesterday that the UNM and its leader are ‘deliberately provoking’ the judiciary, the state and the public trust to the state institutions.

Saying that Melia either should apologise to the public and state and pay the bail or go to prison, Mdinaradze said the opposition leader now has time and opportunity to respect his country's legislation and make 'a legally right' decision. 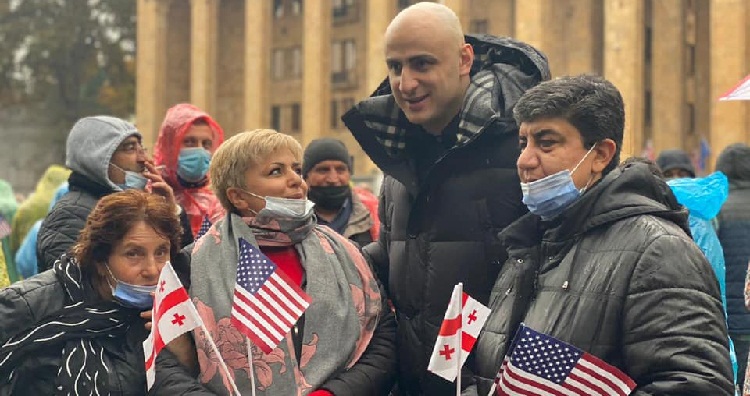 The UNM says its leader will not pay the bail 'in the face of threats of his imprisonment'. Photo: Nika Melia/Facebook

Melia is charged with incitement to violence during the June protests in Tbilisi back in 2019 and was released on 30,000 GEL bail.

However, he violated the conditions of bail by publicly removing his surveillance bracelet and 40,000 GEL was added to his bail in November 2020.

Melia has refused to pay the 40,000 GEL bail (in 50 days) and on February 5, 2021 the Chief Prosecutor’s Office warned him of changing the bail into detention.

The UNM has tweeted earlier today that Melia 'is not going to succumb to blackmail and repressions against the opposition executed by the institutions that serve as an instrument of political persecution under oligarchy rule'.