The Georgian parliament has voted to suspend MP immunity for United National Movement opposition MP Nika Melia, upholding yesterday's request from the Georgian Chief Prosecutor’s Office yesterday to detain the legislator for possible incitement to violence during the June 20 rally in Tbilisi.

91 voted for the suspension of Melia’s MP immunity in the 150-member parliament.

From the United National Movement and the European Opposition parties only Melia attended the plenary session.

The two parties boycotted the session as they believe Melia is being politically persecuted and the Chief Prosecutor’s Office failed to present evidence justifying his detention. 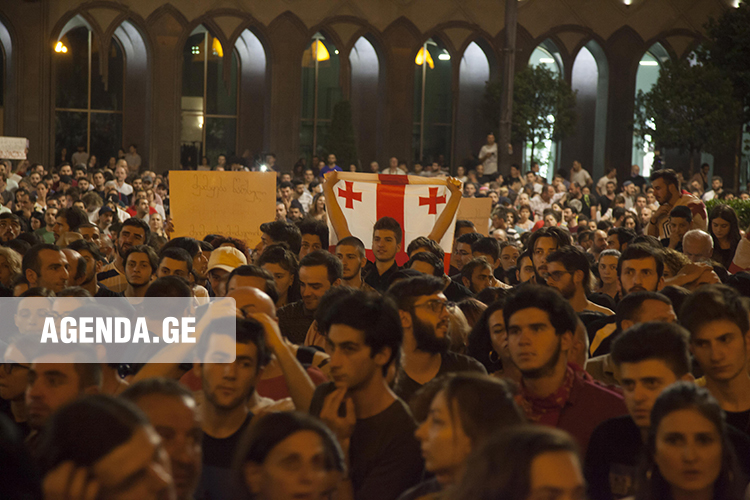 MP immunity prohibits searching or detaining a member of parliament without the permit of the legislative body.

Melia is charged with organising violence by a group, heading the group and participation in the violence during the June 20-21 rallies in Tbilisi.

Melia has called the charge “funny and invented,” saying that his possible detention has political grounds.

It is what Ivanishvili [founder of the Georgian Dream ruling party] and Putin want,” Melia said.

Georgian Prime Minister Mamuka Bakhtadze has placed the responsibility on the opposition regarding the June 20 unrest, which left 305 detained and 240 injured.

He stated that the “destructive and irresponsible” calls and appeals by the opposition transformed “a peaceful and justified” rally in Tbilisi into unrest.

The rally in Tbilisi on June 20 was sparked by the presence of Russian MPs in Georgia and an address of one of them from the seat of the Georgian parliamentary speaker.