The United States Embassy to Georgia calls on the authorities and the opposition 'to exercise maximum restraint in the wake of tonight’s ruling' against the United National Movement chair Nika Melia.

"Violence serves no one except those who want to undermine Georgia’s stability. This must be resolved peacefully", the US Embassy has stated.

Tbilisi City Court has ruled that Melia be remanded into custody for failure to post bail, per the request of the country’s Prosecutor’s Office.

Parliament suspended the MP status of Melia yesterday allowing the prosecution to demand his arrest claiming the latter has not posted bail for his release in a case that dates back to the June 2019 protests.

Expressing his gratitude to everyone for solidarity Melia said following the verdict of the judge Nino Chakhnashvili that 'the party politics' has come to an end and the opposition remains united. 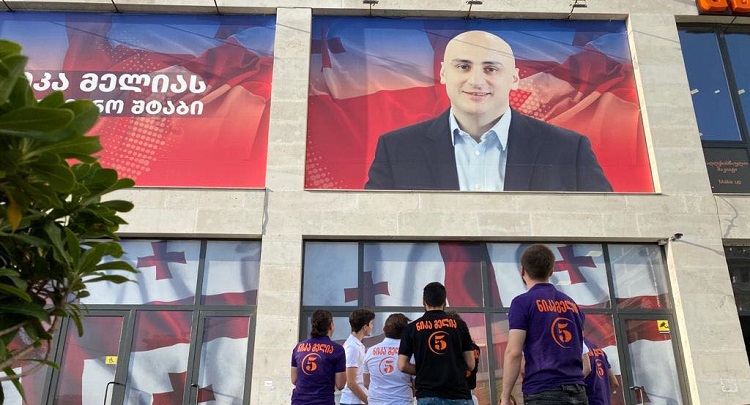 Nika Melia, along with 50 other opposition MPs, is demanding repeat parliamentary elections and has refused to take up his mandate in the 10th convocation of the Georgian parliament in protest. Photo: Nika Melia's Facebook page

The ruling Georgian Dream party announced ahead of the yesterday's voting that they would support the suspension of Melia’s MP immunity as the UNM and its leader have been ‘deliberately provoking’ the judiciary, the state and the public trust to the state institutions.

He was released on 30,000 GEL bail on June 27, 2020. However, Melia violated the conditions of his bail by publicly removing his surveillance bracelet and 40,000 GEL was added to his bail in November 2020.

The UNM chair has refused to pay the 40,000 GEL bail (within 50 days of sentencing) and on February 5, 2021 the Georgian Chief Prosecutor’s Office warned him of the possibility of his bail conditions being reversed to detention.