Our law enforcement agencies had prior information about his (Saakashvili’s) movement from Ukraine to Georgia and the process was under the control” Garibashvili stated. 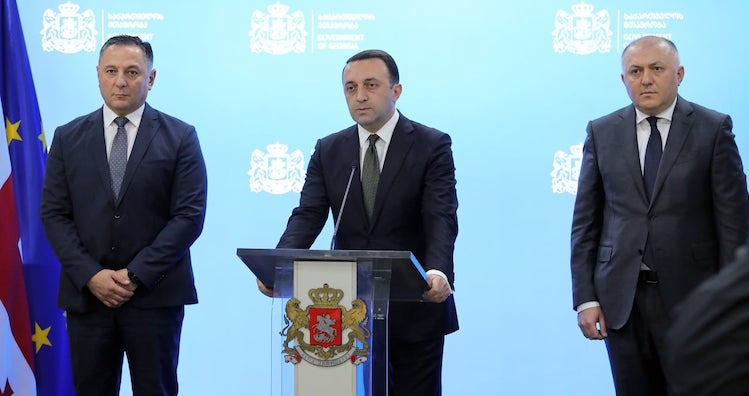 PM Garibashvili thanked Georgian Interior Minister Vakhtang Gomelauri (left) and Head of the State Security Service Grigol Liluashvili (right) as well as all the employees involved in the arrest. Photo: the Government of Georgia.

The country’s third president Saakashvili released two videos from the seaside town of Batumi earlier today saying that he is already in Georgia ahead of the October 2 municipal elections.

Mikheil Saakashvili has been arrested and transferred to a penitentiary facility. https://t.co/y2QXQ51JLW

The ruling Georgian Dream (GD) party has claimed that the videos were fake noting that the former president has not crossed the border of the country.

Saakashvili has been transferred to the 12th penitentiary institution in Rustavi.

The details about the location and time of the arrest are not yet known.

Mikheil Saakashvili is charged with several criminal offences such as the violent dispersal of anti-government mass protests on November 7, 2007, raiding of TV channel Imedi by riot police, illegal take-over of the property and other crimes.