The third president of Georgia Mikheil Saakashvili, who was detained in Tbilisi on October 1, has been officially charged for the illegal crossing of the state border earlier today.

Six other criminal charges are filed against Saakashvili who has been convicted to six years of imprisonment in two cases while four other criminal cases are still being heard in Tbilisi City Court. 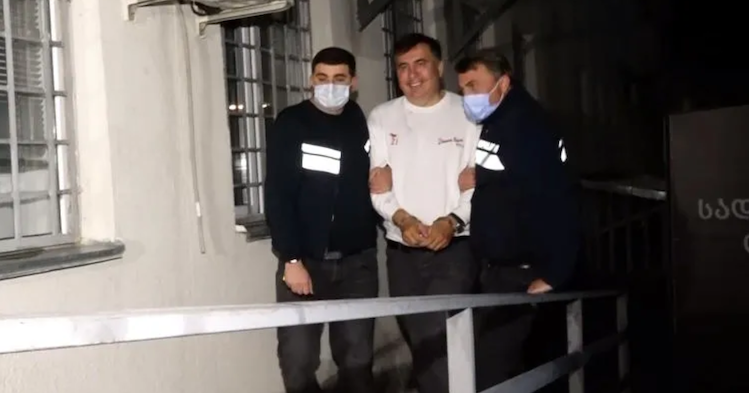 A total of four people, including a citizen of Ukraine, have been detained for supporting Saakashvili's illegal activities. Photo: IPN

Based on the interior ministry investigation, Saakashvili arrived in Georgia late on September 28 on a vessel Vilnius, which entered the Poti port from Ukraine.

Saakashvili was reportedly hiding in a semi-trailer truck loaded with milk products. He illegally crossed the state border of Georgia, bypassing the customs control.

Detained a day before the October 2 municipal elections, Saakashvili remains on a hunger strike at No. 12 penitentiary facility in Rustavi.

Day 20 of a hunger strike. #freesaakashvili

His lawyer Beka Basilaia told journalists that Saakashvili’s return to Georgia was ‘heroic’ as he chose ‘the most difficult way’ to return.

Ruling Georgian Dream party chair Irakli Kobakhidze said Saakashvili’s United National Movement (UNM) party will ‘be eventually disappear’ in three years as there will not be any elections until 2024.

The UNM will not thus have a lever to cause polarisation and destruction”, he said.

Kobakhizde also said that Saakashvili will have to spend at least six years in prison, leading the country to eventual peace.