The United National Movement opposition party is a paralysed political structure but may have chances to recover if its founder, the imprisoned former President Mikheil Saakashvili, quits politics, Girchi opposition party MP Iago Khvichia said on Wednesday in comments on reports of Saakashvili planning to retire from political life.

In his remarks, Khvichia suggested that Saakashvili’s alleged leaving politics would also decrease political polarisation in the country and allow other opposition parties to strengthen.

All of us - politicians and especially his fellow party members - must do everything to encourage Saakashvili to leave politics. It will be better for everyone. If we want peace instead of confrontations in this polarised country, it is of utmost importance for Saakashvili to freely quit”, Khvichia said. 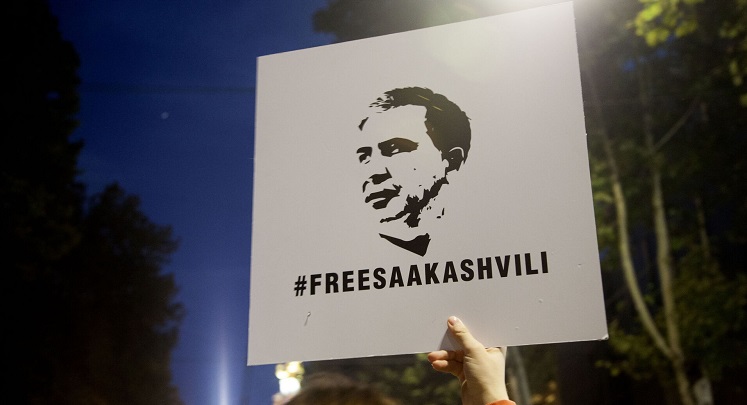 Slamming the United National Movement, Lelo for Georgia and the Strategy Agmashenebeli opposition parties for their decision to launch a separate working format earlier this month, Khvichia stressed that the opposition’s move “hampered” the country’s European integration process.

Making focus on Saakashvili’s health, the former President’s lawyers said last week that Saakashvili had plans to leave politics to “look after his poor health”.

Responding to the possibility, the ruling party MPs said that if Saakashvili decided to withdraw from politics, the move would “in no way” lead to his release from prison.

Saakashvili, who currently holds Ukrainian citizenship and took a public post in Ukraine before being arrested in Tbilisi in October 2021, claimed he returned to Georgia after eight years in political exile  to help the UNM take office again “via elections”.

However, the current Government said that Saakashvili and his “destructive opposition” had plans to overthrow the current state leadership.

The former President is now serving his six-year term for abuse of authority while in office, and is facing several other charges.