Opposition MPs who have signed the EU-mediated agreement with the ruling Georgian Dream party earlier this month have entered parliament earlier today.

The United National Movement opposition party which took a majority (34 of 60) opposition seats in the 150-member parliament in the 2020 elections, European Georgia and Labour Party have not signed the agreement so far and are absent at today’s session.

According to the EU-mediated agreement an amnesty bill for convictions stemming from the June 2019 protests in Tbilisi should be registered today which will lead to the release of the head of the United National Movement party Nika Melia. 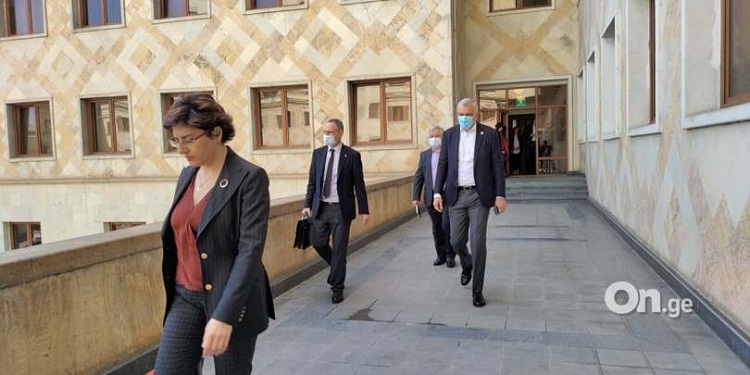 However, Melia stated yesterday that he is ready to post bail if parliament reflects the bill.

President of Georgia Salome Zurabishvili should also pardon the co-founder of the opposition-minded TV channel Mtavari Arkhi Giorgi Rurua later today, according to the EU-mediated agreement, who had been convicted for illegal possession and carrying of firearms.

UNM member Samadashvili has stated in parliament earlier today that ‘a new page has been opened in the Georgian history.

We must end political persecution in the country and allow people to make a fair and a free choice,” she said.

The opposition MPs had to enter parliament amid protests of participants of June 2019 rallies who were calling the MPs ‘slaves and traitors’ for accepting the pardon of convicts for protests.