Opposition to enter parliament next week to submit amnesty bill, per EU-mediated agreement

Opposition parties which have signed the EU-mediated agreement with the ruling Georgian Dream party will enter the state legislature on April 27 to submit an amnesty bill.

Six Georgian political parties and several individual MPs signed the proposal by the European Council President Charles Michel on April 19 to solve the political tension in Georgia which began after the 2020 parliamentary elections.

The opposition says that the elections in October 2020 were fabricated and have been demanding repeat elections since November 2020.

Remarks by Charles #Michel, @eucopresident, at the signing ceremony of the #Georgia agreement with @Zourabichvili_S.
"This agreement is the starting point for consolidating Georgia's #democracy and taking Georgia forward on its Euro-Atlantic future"https://t.co/YBGnEHR897

The arrest of the head of the United National Movement Nika Melia on February 23 for his refusal to bail for his charges related to the June 2019 protests further stoked tension between the government and the opposition.

The proposal by Michel released on April 18 covers electoral and justice reforms, offers a pardon for all violations and convictions stemming from the 19-21 June 2019 protests and the conduct of repeat parliamentary elections in 2022 if the ruling party fails to receive at least 43 per cent of votes in this year’s municipal elections. 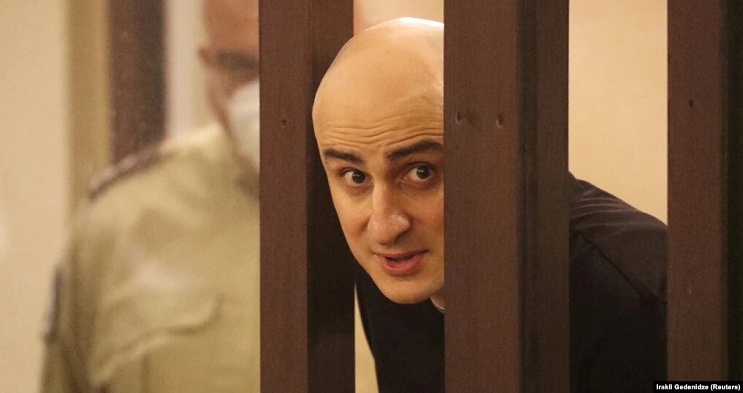 Melia says that he is against posting bail. Photo: RFE/RL.

The United National Movement, European Georgia and Labour party have not signed the agreement so far.

We will try to adopt the amnesty law as soon as possible to allow the release of Melia if he will not be earlier by using other means (posting bail),” said UNM member Salome Samadashvili yesterday after a meeting with Michel in Tbilisi.

Melia says that he is offended by reports that someone may post bail for him.

He stated that he did not post the bail because ‘it was unfair.’

Melia says that he is concerned that the amnesty will also concern the law enforcers ‘who used excessive force’ during June 2019 protests which were sparked by the presence of Russian MPs in the Georgian parliament.