Currently imprisoned head of the United National Movement opposition party Nika Melia is ready to post bail and leave prison if parliament will not register the amnesty bill for convictions stemming from the June 2019 protests in Tbilisi, according to the recent EU-mediated agreement between the ruling Georgian Dream party and the opposition.

Melia was arrested on February 23, 2021 for his refusal to pay bail for his charges in the case of the June protests which were sparked by the presence of Russian MPs in the Georgian state legislature.

Melia’s arrest further stoked tension between the government and the opposition which began after the 2020 parliamentary elections.

After long political tension the parties came to an agreement earlier this month through signing an agreement proposed by the European Council President Charles Michel. 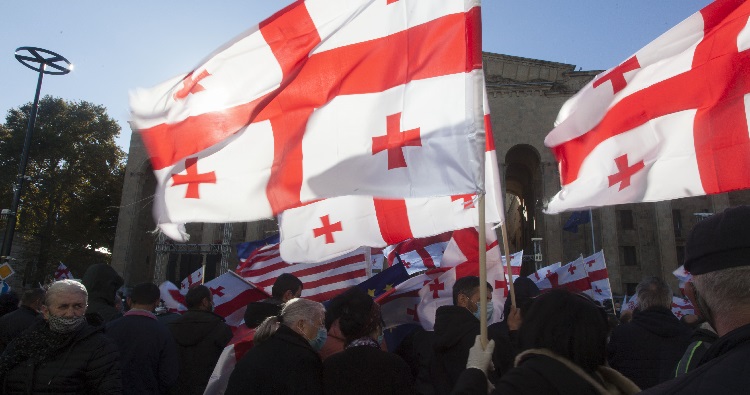 The agreement says that ‘the signatories commit to address, within one week of signing this agreement, the two cases of perceived politicized justice (Melia’s case and Giorgi Rurua’s case), either by an amnesty and/or by taking such steps as to produce an equivalent outcome. In particular, within one week of signature of the agreement, a party represented in parliament shall initiate an amnesty law for all violations and convictions stemming from the 19-21 June 2019 protests.’

Melia says that the opposition must not accept the amnesty ‘because it will leave law enforcers who dispersed the rally and those who gave orders for the shameful dispersal unpunished.’

He urged the opposition to act unanimously and stand against the amnesty bill.

The opposition parties have already entered parliament according to the EU-mediated agreement.

Several opposition leaders stated yesterday that the amnesty bill is unlikely to be registered and added that Michel may have to introduce changes in the agreement following Melia’s statement.

The opposition MPs who have been demanding repeat parliamentary elections since November 2020 will take up their mandates today.