The de facto government of Georgia’s Russian-occupied Tskhinvali region is clearing a road to a new ‘police checkpoint’ in the village of Tsnelisi, Kareli municipality of Georgia, at an altitude of 944 meters.

Information was spread that the so-called police post was made on the Tbilisi-administered territory.

The move comes after Georgia opened a police checkpoint in the village of Chorchana, on Tbilisi administered territory, on August 29.

The so-called security committee of Tskhinvali reports that the new checkpoint is being built to ‘ensure the security of locals amid provocations from Tbilisi.’ 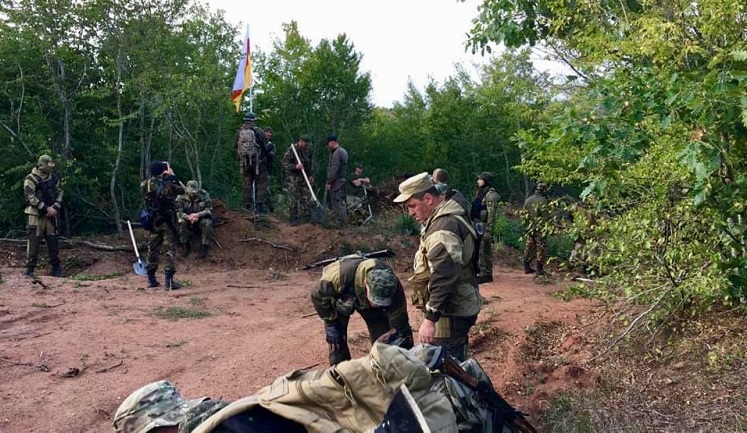 Armed people at the scene, where de facto Tskhinvali government says a road is being built. Photo: de facto securitry commitee of Tskhinvali.

The de facto leadership has also erected a ‘border sign and a flag of South Ossetia (Tskhinvali),’ at the scene.

The de facto body says that ‘President Anatoly Bibilov’ has ordered the measures to respond to the ‘provocations of Tbilisi, which opened a checkpoint in Chorchana and then shot down our drone.’

Tbilisi aims to annex the bordering areas which creates threats to our people,” the statement reads.

On August 29 Tskhinvali demanded the Georgian checkpoint in Chorchana be dismantled and left the Incident Prevention and Response Mechanism meeting in protest, citing ‘security threats’ created by the new checkpoint as the reason. 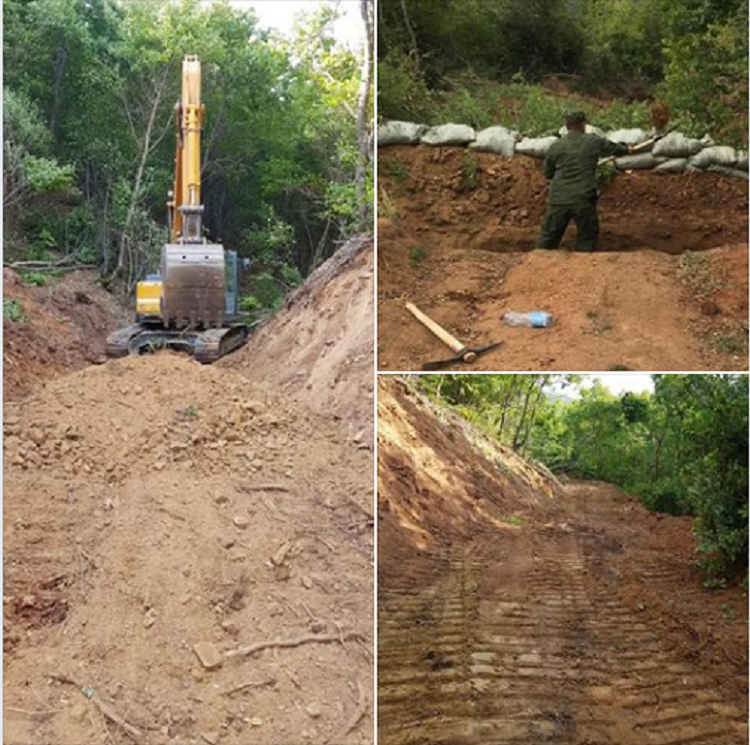 The so-called security committee of Tskhinvali posted on their Facebook page on how the road is being built to the new 'police post.'

Tbilisi refused to dismantle the checkpoint and stated that talks with continue with the de facto leadership to ease tension on the ground.

accused Tbilisi of shooting down their drone. The drone, ‘with no shots’ has been handed to the European Union Monitoring mission, with the presence of members of the de facto government of Tskhinvali, earlier this week.

Yesterday the de facto leadership reported what it claimed was “another provocation of Tbilisi, concerning the construction of a new police checkpoint in the village of Perevi,” which Tbilisi did not confirm and said that an existing checkpoint will only be relocated.

The central Georgian government says that the actions of the occupation forces further strain the situation on the ground.