The European Union Monitoring mission in Georgia (EUMM) has welcomed the decision of the de facto authorities of the Russian-occupied Georgian region of Tskhinvali to temporarily reopen a crossing point between its Akhalgori district and the rest of Georgia for pensioners only after an almost five-month closure.

However, the mission calls for it to remain open permanently, Acting Head of EUMM Kate Fearon tweeted yesterday.

At @EUMMGeorgia we are pleased that the Odzisi crossing point is open today. We call for it to be opened every day. There should be no restriction on freedom of movement, especially on the vulnerable conflict-affected population. #HumanRights #Freedomofmovement #ABL pic.twitter.com/6h6cxf6Ch1

State Minister for Reconciliation and Civic Equality of Georgia Ketevan Tsikhelashvili also noted that everyone should enjoy the freedom of movement along the occupation line without any delays.

Tsikhelashvili spoke about the humanitarian crisis in occupied regions with with the European Union Special Representative for the South Caucasus Toivo Klaar yesterday as well, who is on a one-week visit to Georgia. 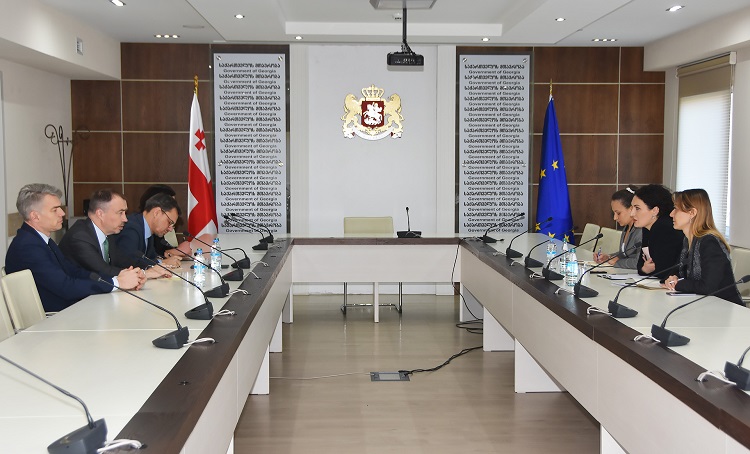 De facto authorities of Tskhinvali closed crossing points with the rest of Georgia on September 4, 2019, shortly after the central Georgian government opened a police post in the village of Chorchana, Khashuri municipality, on the Tbilisi-controlled territory at the end of August 2019.

Tskhinvali says that the police post “is too close to South Ossetia, creating security threats for our population,” demanding its removal.

De facto president of Tskhinvali said in early January 2020 that the crossing points will reopen only after Tbilisi removes the police post. The crossing points have deprived locals of the right to movement to other areas of the country, to receive needed medical care or buy vitally important everyday items.