The Russian-controlled de facto leadership of Tskhinvali has closed the Razdakhani crossing point for Akhalgori population, which was opened for pensioners only on January 24, 2020, after almost a five-month illegal closure.

Local civic activists say that a small portion of those who were allowed to leave the Russian-occupied district decided to stay on the Tbilisi-administered territory either for treatment or to spend the winter with relatives.

The de facto authorities, who illegally closed crossing points connecting Akhalgori with the rest of Georgia in early September of 2019, stated last month that the Razdakhani crossing point will reopen once in two months for the pensioners ‘who have no citizenship of South Ossetia (Tskhinvali) and receive their pension on Tbilisi-administered territory.’

Tskhinvali has not yet announced the date for the next reopening of the crossing point. 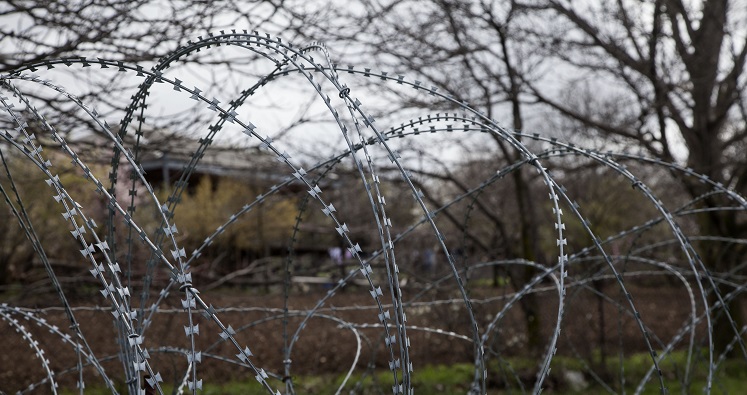 Locals say that they face severe problems due to the illegal closure of crossing points with the rest of Georgia. Photo: Nino Alavidze/Agenda.ge.

Locals say that the humanitarian situation on the ground is severe as they have no access to quality medical aid and the everyday items they used to buy in other regions of the county.

The reason for the closure of the crossing points was the opening of a police post on the Tbilisi-administered territory, in the village of Chorchana, by the central Georgian government at the end of the summer of 2019.

The de facto leadership says that the police post ‘is too close to our country and poses security threats to our population.’

They say that the crossing points will reopen after the police post is dismantled which Tbilisi refuses to do.