The fourth meeting with members of the de facto Tskhinvali government, organised to ease recent tension at the occupation line, has ended without results.

The situation became more tense at the end of August when the Russian-occupied Tskhinvali protested the opening of an ordinary police post in the village of Chorchana, Khashuri municipality, on Tbilisi administered territory, citing ‘security threats to locals.’

After Tbilisi refused to remove the post the occupying forces constructed two new “police posts” on Tbilisi-administered territory, near the village of Tsnelisi, Kareli municipality [bordering Chorchana] and closed the so-called border to the Akhalgori district on September 4. 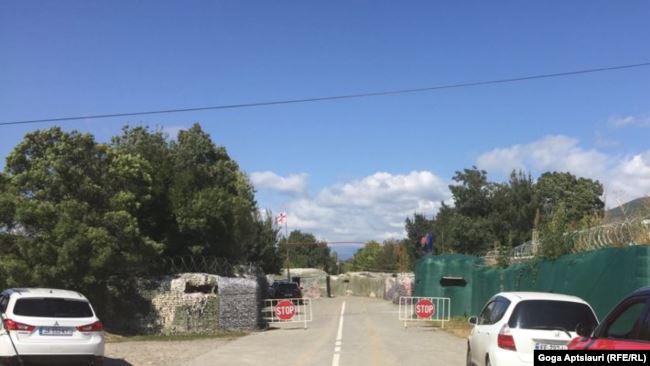 Talks will continue. The date of the fifth technical meeting will be announced in the coming days. Photo: Radio Liberty/Free Europe.

We reiterated that the police post on our controlled territory in Chorchana will remain where is now and demanded the suspension of the illegal activities at the occupation line and on the Tbilisi-administered territory. We also demanded the the so-called border with Akhalgori to be reopened, however, all of the demands were declined by the de facto leadership,” Irakli Antadze from the Georgian State Security  Service said.

He stated that talks will continue with the de facto leadership on the issues.

Antadze stated that if the so-called border with Akhalgori remains closed for a long time it will cause humanitarian catastrophe there as locals will have no access to every-day items and food they buy in other regions of the country.

The meetings are part of the Incident Prevention and Response Mechanism (IPRM) format.

The IPRM meeting is scheduled on October 2.