The Russian occupation forces have returned to the village of Gugutiantkari in Gori Municipality and continue to erect a so-called ‘border’ started on August 7.

They added 15 metal posts and went away.

Borderisation is against all international standards and affects local residents,” said.

Konstantine Tavzarashvili has also said the EUMM has been notified about an irrigation water reservoir that ended up beyond the new ‘border’.

The EUMM has been notified, the hotline has been activated,” he said. 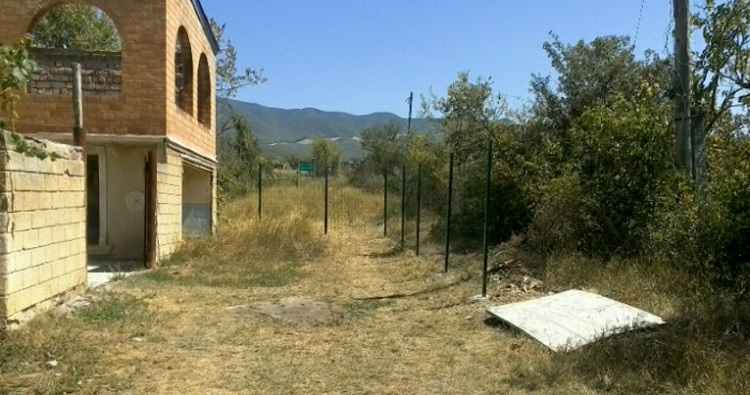 Everything is being done to make sure the eight Georgian citizens that were abducted several days ago are released quickly”, Tavzarashvili added.

NATO Deputy Assistant Secretary General for Political Affairs and  NATO Secretary General’s Special Representative for the Caucasus and Central Asia James Appathurai has responded to the 'border' erection and stated all this is illegal.

Seven Georgian citizens were detained near the occupied Tskhinvali (South Ossetia) region for “illegally crossing the border” on August 17. Later, the detention of another Georgian took place on August 18.

Earlier on August 7, Russian occupation forces erected ‘border’ posts and left the area. Afterwards, on August 14, they resumed working and installed barbed wire on the posts.

As a result, two residential houses and an irrigation water reservoir ended up beyond the newly-erected occupation line.