The Georgian Foreign Ministry is concerned by reports that the locals of the village of Akhalubani, in Gori Municipality, have been kidnapped near occupied Tskhinvali (South Ossetia) yesterday.

The foreign ministry said that considering the existing “tense situation” in Gugutiantkari, another village of Gori Municipality, where the occupation forces have erected artificial barriers, kidnapping and illegal detention of Georgian citizens is “a clear attempt to destabilise the situation in the country”.

Frequent provocations and incidents on the occupation line further escalate the security environment and the existing grave humanitarian situation in the conflict-affected villages”, the foreign ministry stated.

It, therefore, called on the international community to take “effective measures to stop illegal activities of the occupation forces” in Georgia.

It also called on the Russian Federation “to immediately stop its illegal activities” and withdraw its forces from the Georgian territory to ensure “sustainable peace and security” on ground. 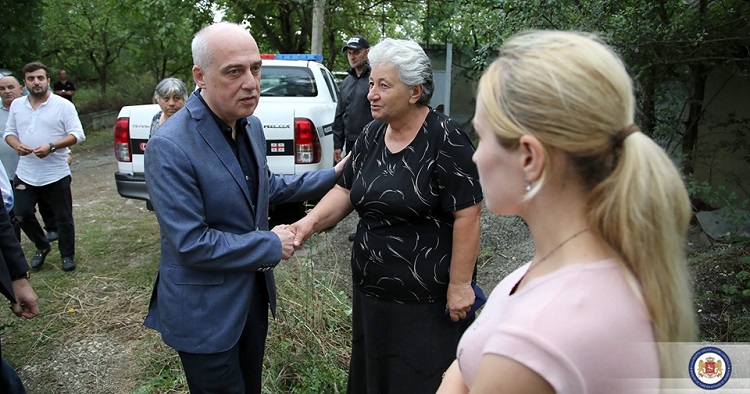 Foreign Minister David Zalkaliani said after meeting with the locals of Gugutiantkari yesterday that Georgia has “a very strong international support” and the illegal activities of the occupation forces has been condemned by a number of countries.

He said the foreign ministry is using all of its tools and mechanisms on the local and international levels and is providing its international partners with updates about the situation 24/7.