Ambassadors of different countries to Georgia unanimously condemn the creeping occupation of Georgia by Russia and call on Russian President Vladimir Putin to withdraw troops from Georgia.

The ambassadors of Austria, Estonia, Latvia, Ukraine, Bulgaria, Israel, Brazil and Japan have visited the village of Gugutiantkari, Gori Municipality today to observe the illegal ‘borderisation’ Russian occupants have been carrying out since August 7.

Japanese Ambassador Tadaharu Uehara showed his concern over the erection of new barriers by Russia.

Japan strictly condemns the change of the internationally recognised borders of Georgia,’’ he said, adding it is very concerning to see the local residents have been isolated by the new ‘border’.

@MFAgovge organised visit for internationals at #Gugutiantkari at #ABL: Barbed wire and fences - such activities of #borderisation only lead to destabilisation and mean personal tragedies for local communities. International law needs to be respected. pic.twitter.com/hfoySI4naK

We have recently marked the 11th anniversary of Russian aggression against Georgia. Today we are standing near the occupation line but Russian aggressors still continue occupying Georgia,” he said.

The Ukrainian government demands Russia to withdraw its occupation forces from Georgia and fulfill the 2008 Ceasefire agreement,” Petrov added. 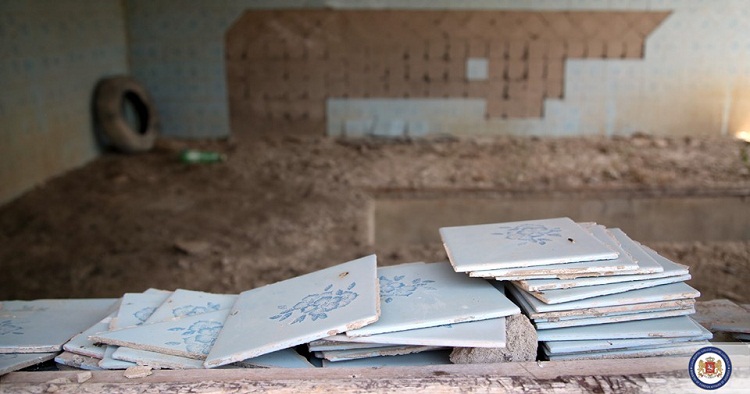 The occupation forces gave three days to the owners of the two houses affected during the 2008 August War to take their harvest from the area. Photo: Foreign Ministry press - office.

The international community involvement is of utmost significance in this situation,” she said.

Deputy Head of EU Delegation to Georgia Carlo Natale said the European Union is concerned for the ‘borderization’ as local population encounters the problem of free movement.

We are working with the Georgian government to resolve the problem,” the EU official noted. 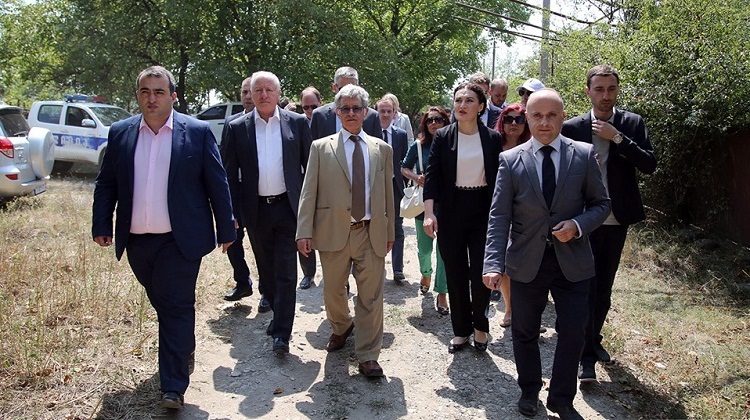 Acting Ambassador of the United States Elizabeth Rood has also responded to the concerning issue, stating the US government is very concerned due to the Russia-backed [Ossetian] government having resumed the ‘border’ erection work.

Naturally, it will affect the wellbeing of the population. We call on Russia to follow the Ceasefire agreement,” Rood told reporters in Zugdidi, where she held a meeting with farmers with Georgian PM Mamuka Bakhtadze.

I call on everyone to get together instead of arguing and resolve the problem,” Rood added.

Rood said the international partners including US and Geneva Talks participants have been intensively cooperating with the Georgian government to resolve the issue.

Two residential houses have ended up beyond the new so-called border that Russian occupants erected in the village of Gugutiantkari, Gori Municipality yesterday though the occupants started the ‘border’ erection on August 7.