Seven Georgian citizens have been detained near the occupied Tskhinvali (South Ossetia) region for “illegally crossing the border” today.

All of them are the locals of the village of Akhalubani, Gori Municipality. They were reportedly visiting a church, which is located near the occupation line. 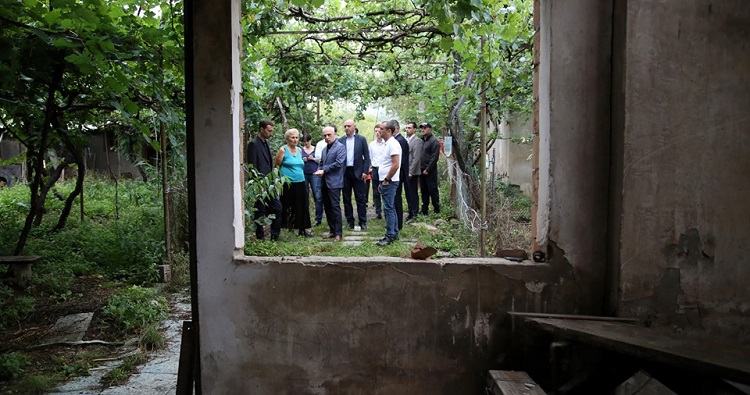 Two residential houses have ended up beyond the artificial barriers that the Russian occupation forces have erected in the village of Gugutiantkari. Photo: Georgian Foreign Ministry

Earlier today, Georgian Foreign Minister David Zalkaliani visited the village of Gugutiantkari, located also in Gori Municipality, where the occupation forces started erection of so-called border over a week ago.

Occupation of Georgian territories continues. These are the steps towards the factual annexation [of the country]”, Zalkaliani said after meeting with the local population.

Minister Zalkaliani said in his earlier remarks that he is grateful to the international community for their "strong support in condemning the illegal erection of artificial barriers".